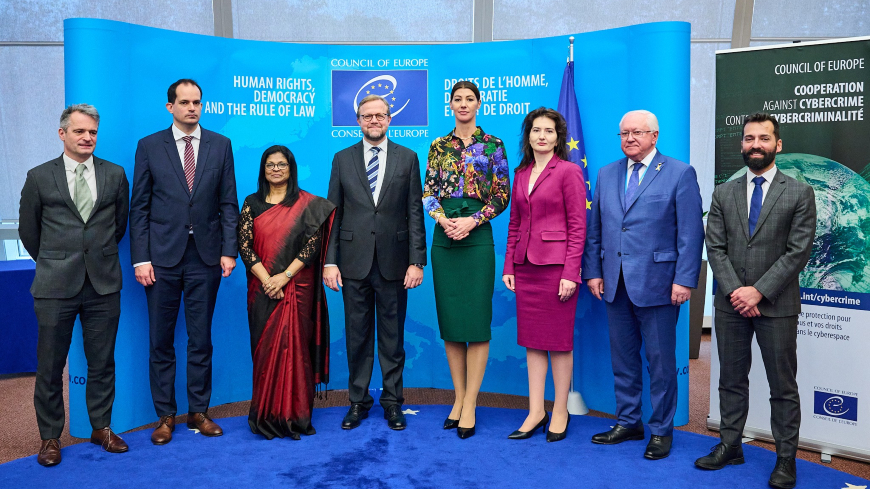 On 30 November 2022, during the 27th Plenary of the Cybercrime Convention Committee (T-CY) in Strasbourg, France, a further six States signed the Second Protocol to the Budapest Convention. Croatia, Moldova, Slovenia, Sri Lanka, Ukraine and the United Kingdom joined 24 other countries that had signed it earlier this year. The Protocol on enhanced cooperation and disclosure of electronic evidence (CETS 224) will enter into force once five States will have ratified it.

Brazil, at the same event, deposited the instrument of accession to the Convention on Cybercrime. With Brazil becoming a Party, 68 States are now able to cooperate with each other within the framework of this Convention.

"We must act to help people and ensure safety and security they need. The Second Additional Protocol to the Budapest Convention is one more step in that direction as it provides more effective tools for obtaining evidence in foreign and multiple jurisdiction; speeds up the process of identifying the offenders and the source of the crime. All of this comes with the strong system of the safeguards ensuring that action taken are in line with the Second Additional Protocol”, declared Björn BERGE, Deputy Secretary General of the Council of Europe, in his statement.

Ivan MALENICA, Minister of Justice and Public Administration of Croatia, signing the Protocol on behalf of the Government of Croatia said:

“We need constant capacity building in this area and adopt effective legislation that respect human rights and rule of law. Countries must cooperate more efficiently in order to prevent cybercrime. Signing the Second Additional Protocol to the Budapest Convention represents a great step forward in fight against cybercrime.”

Dominika ŠVARC PIPAN, Minister of Justice of the Republic of Slovenia, underlined the Council of Europe’s role in protecting human rights, democracy and the rule of law. “With the war of Russia against Ukraine on our continent, the role of the Council of Europe is important more than ever.”

In his address, Borys TARASYUK, Ambassador Extraordinary and Plenipotentiary, Permanent Representative of Ukraine to the Council of Europe, stated:

“It is especially dangerous when organised criminal groups operate under the auspice of state, carrying out cyberattacks on the critical infrastructure of other states. This is exactly what Russia is doing today, using information technology to paralyse the factories, hospitals or transport in Ukraine. Russia continues to commit cybercrime at the state level. Our governments must respond properly and effectively to all those crimes. The Second Additional Protocol will therefore respond to the need for more efficient cooperation between states and the private sector.“

"Since becoming a state party, we have been able to improve our response and capability to combat cybercrime. Sri Lanka has benefitted greatly from a large number of capacity building programs on Cybercrime & Electronic evidence, covering the Judiciary, the Attorney General’s Dept and Police Units. These were implemented under the Global Action Against Cybercrime (“GLACY”) Project, funded by COE & the EU and implemented in partnership with ICT Agency & Sri Lanka CERT. These capacity development programs have enhanced the ability of our Criminal Justice officials and helped them adopt on good practices, based on experience & lessons learnt from other Countries, as witnessed during the immediate aftermath of the Easter Sunday tragedy".

Second Additional Protocol to the Convention on Cybercrime webpage