Leendert Verbeek: “The European political architecture must involve the regions more in decision-making processes and mechanisms" 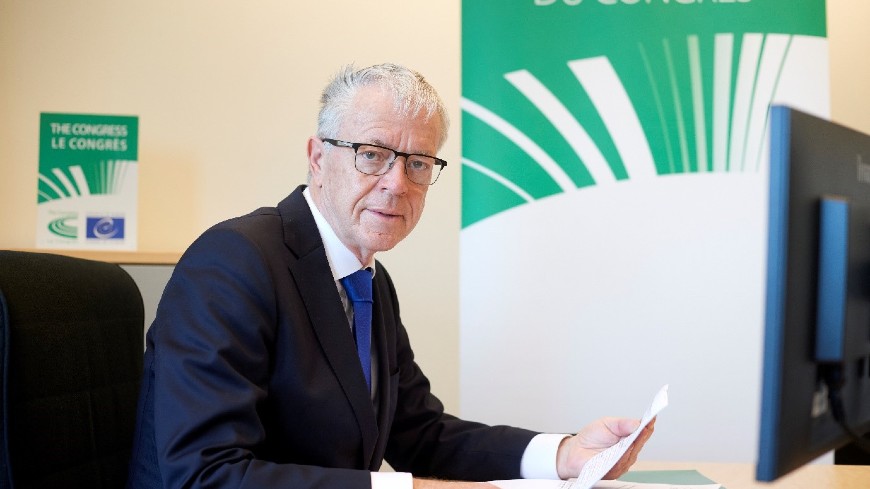 “The region has a unique position as a bridge between European and national policy making and the implementation of these policies in local communities to make sure that their effects reach the end user – the citizen,” stressed Congress President Leendert Verbeek on 29 June 2021, during a debate on the place of the regions in the architecture of the European Union, organised by the European Committee of the Regions, the Government of the Azores (Portugal) and the Conference of European Regional Legislative Assemblies (CALRE) in view of the Conference on the Future of Europe.

Pointing out the regions were often absent from scenarios for the future of Europe, the Congress President underlined the key role of the regions in ensuring integration and cohesion both within and between their territories, citizens engagement in democratic governance, equal access of citizens to public services and equal level of services provided to citizens. “Their political role, and their dialogue with the European level must be strengthened,” stated President Verbeek.

In this context, he referred in particular to the work of the Congress, which, because of its mission, represents an added value to the debate on the future of Europe: “The Congress has been for decades the driving force for strengthening the principles and institutions of local and regional governance on our continent. It contributes to the development of the local and regional dimension of European conventions, to the implementation of the provisions of those treaties at the grassroots, as well as to the promotion of greater responsibilities for human rights protection at territorial level”.
2021-06-29T05:17:00