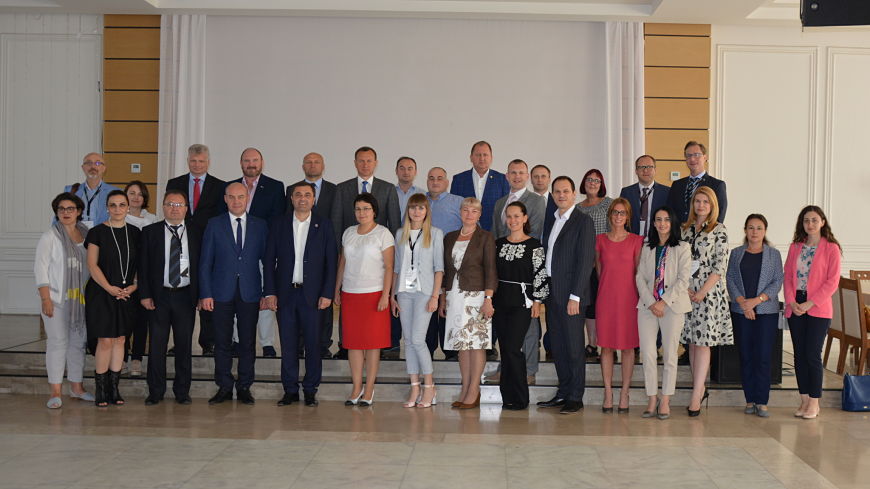 What measures can local authorities take to qualify as “open governments” and increase the citizens’ trust in local institutions and elected representatives? Building on the work of the Congress of Local and Regional Authorities work on open government, transparency and citizen participation, Anthony BUCHANAN (PAP-NPA, UK), Leader of the East Renfrewshire Council and Vladimir PREBILIČ (SOC, Slovenia), Mayor of Kočevje, shared examples from their respective local authorities with Georgian and Ukrainian mayors during the workshop ‘Open governance at local level: cities take action’.

Irakli TABAGHUA, Mayor of the City of Rustavi, Georgia, hosted this side event to the 5th Open Government Partnership Summit, on 17 July 2018, organised by the Congress and the National Association of Local Authorities of Georgia (NALAG). He declared that “the Rustavi municipality has recognised the need to reduce corruption, remove barriers and improve dialogue with citizens” and presented a variety of initiatives that have been introduced to improve the quality of municipal services.

Anthony BUCHANAN called upon the local authorities in Georgia and Ukraine to “ensure a structured process for both representative and participatory models of representation to work alongside each other. We, as local elected representatives, play a big part in approving and supporting participatory decision-making, to enhance existing democratic structures in our municipalities and countries”.

Vladimir PREBILIČ emphasised the need to address targeted groups of citizens, in order to better respond to their specific needs. “Communication has to go beyond the simple sharing of information; it is rather the collaboration and partnership with the public, and the empowerment of citizens by placing decision-making in their hands”, he added.

The workshop was an opportunity for interaction and fruitful exchanges of ideas and good practiced between Ukrainian and Georgian peers, as they shared their deep understanding of their responsibilities and experiences. They discussed the challenges that local elected representatives face in exercising their powers and in implementing open government principles at local level.

The participation in the 5th Open Government Partnership Summit in Tbilisi, Georgia, is organised in the framework of the project “Strengthening democracy and building trust at local level in Ukraine”, as part of the Council of Europe Action Plan for Ukraine 2018-2021. This project aims to improve the quality of local democracy in Ukraine by strengthening institutional frameworks and by supporting local authorities and their national associations in their efforts to promote ethical decision-making and more citizen-oriented, responsive and transparent local governance. 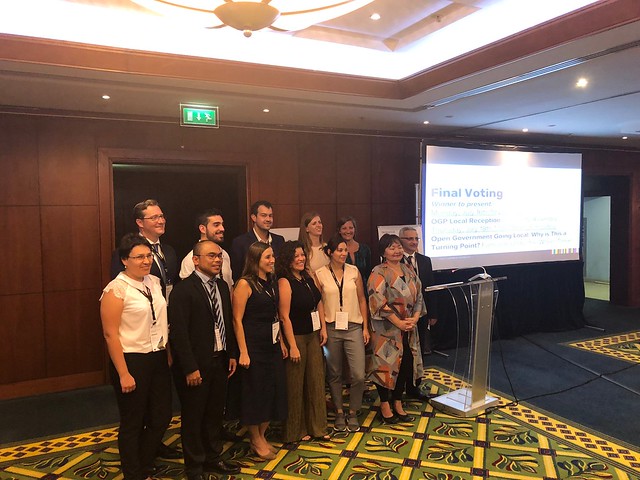 Marité Moras, Head of Unit, Co-operation and External Relations Department, Congress of Local and Regional Authorities of the Council of Europe, Tel: +33 3 88 41 22 33