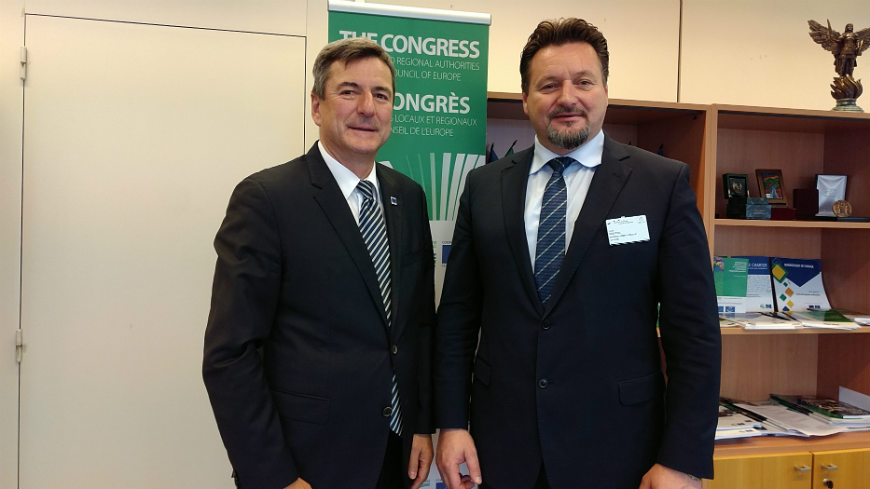 Progress in decentralisation and local government reform in Croatia was discussed during a visit by the Minister of Public Administration of the Republic of Croatia, Lovro KUSCEVIC, to the Congress of Local and Regional Authorities of the Council of Europe, on 30 November 2018. In his conversation with the Secretary General of the Congress, Andreas KIEFER, the Croatian Minister emphasised the role of digitisation in the modernisation of local government in Croatia and in the fight against corruption. This is a concrete example of cooperation between member States and the Congress, which itself has developed an ambitious programme to combat corruption in European municipalities, the Secretary General said. Further topics of the exchange included the protection of human rights and minorities in Croatia, the challenges of the refugee crisis for the municipalities and regions and migration movements in Europe.