You were redirected to https://www.coe.int/en/web/common-european-framework-reference-languages/recommendations .

Recommendations of the Committee of Ministers to member states

The Committee of Ministers is the Council of Europe’s decision-making body (47 member states). With the Parliamentary Assembly, it is the guardian of the Council’s fundamental values, and monitors member states’ compliance with their undertakings. It is also a forum to find collective responses to these challenges.

Recommendation CM/Rec(2008)7 to member states on the use of the Council of Europe's “Common European Framework of Reference for Languages” (CEFR) and the promotion of plurilingualism
The very speedy adoption of the CEFR in Europe and the increasingly widespread use of its scales of proficiency levels raised a number of policy issues, leading to the organisation of an intergovernmental Forum in Strasbourg in 2007 on "The Common European Framework of Reference for Languages (CEFR) and the development of language policies: challenges and responsibilities".
One of the major consequences of this Forum was Recommendation CM/Rec (2008)7 of the Committee of Ministers to member states, which "recommends that governments […] use every available means in accordance with their constitution, their national, regional or local circumstances and their education system to implement the measures set out […] with respect to the development of their language education policies".

Extracts of the Recommendation CM/Rec(2008)7

Recommendation N° R (98) 6 to member states concerning modern languages
In the context of the European Cultural convention, the Committee of Ministers had already addressed in 1982 a Recommendation (R (82)18) to member states on modern languages.
Bearing in mind the benefits to member states of the achievements of the Council of Europe in the field of language learning (such as the “Threshold Level” type specifications, communicative methodology, and improved teacher training), the Committee of Ministers addressed another Recommendation (R(98)6) to member states in 1998.
The Recommendation stresses the political importance of developing specific fields of action, such as diversifying and intensifying language learning in order to promote plurilingualism in a pan-European context, further developing links and exchanges.
It draws on the final report developed by the Modern Languages Project Group of the Council for Cultural Co-operation on its project “Learning for European Citizenship” as well as on the results of the conference entitled “Language learning for a new Europe”, which was organised by the Council of Europe in Strasbourg in April 1997.

Recommendations of the Parliamentary Assembly to the Committee of Ministers

The Parliamentary Assembly of the Council of Europe (PACE) is the democratic conscience of Greater Europe and a forum for debate on key political and social issues facing the continent. It is also considered as a factory of radical ideas for improving Europe's laws and practices, a "motor" for the Council of Europe and a guardian of the European Convention on Human Rights, which originated in the Assembly.
PACE expressed several times its commitment for linguistic diversification and recommended the use of the CEFR.

Recommendation 814 (1977) on Modern Languages in Europe

A resolution of the European Council (EU)

European Council Resolution 14757/01 (10 January 2002) on “the promotion of linguistic diversity and language learning in the framework of the implementation of the objectives of the European Year of Languages 2001”.
The Council “invites the Member States within the framework, limits and priorities of their respective political, legal, budgetary, educational and training systems”: (art. 7) to set up systems of validation of competence in language knowledge based on the Common European Framework of Reference for languages developed by the Council of Europe, taking sufficient account of skills acquired through informal learning. 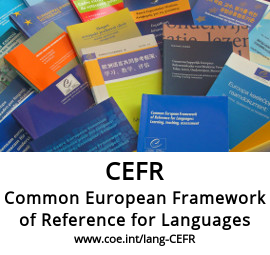