Turin was among the first cities in Italy to address immigration related issues in a specific manner by adopting a welfare-mix approach and a policy of cooperation with the third sector, which made it possible to govern the initial reception stage and get underway significant services and projects designed to provide a positive answer to the immigration phenomenon in its “early emergency” phase. In later years, initiatives and projects focusing on intercultural education and designed to enhance the cultural, social and economic conditions of the immigrants were supported and promoted by the city administration, public institutions and private social players, ushering in scenarios, prospects and planning capabilities that could have tangible effects, leave a mark, invest public and private resources in activities fostering complementarity and cooperation.

Turin the Roman settlement, Turin first capital of Italy, Turin major industrial city: each period is associated with different identities, each of which has left its mark on the morphology of the city and has found expression in its cultural, architectural and monumental heritage.Turin has carried on its process of transformation from industrial capital into a centre of innovation, culture and quality of life. As far as immigration is concerned, Turin has now entered an “adult stage” in the process of integration of its new citizens, in which the issues to be addressed and the policies to be promoted are no longer limited to social and welfare aspects and encompass issues to do with citizenship, inclusion, social rights, intercultural relations. As at 31 December 2011, people of non Italian nationality regularly residing in Turin totalled 133,869, accounting for 14.76% of the population as a whole, with an increment of 1.16% over the previous year. The breakdown by country of origin sees Romania taking first place (53,724), followed by Morocco (19,859), Peru (9,133) and China (6,059); also significant (in decreasing order) is the presence of immigrants from Albania, Moldavia, Niger, Philippines, Brazil, Tunisia and Senegal. The female population of 68,809 individuals accounts for 51.4% of the total, whereas male immigrants (65,060) account for 48.59%.Minors are 30,084, i.e., 22.47% of this population (a higher percentage compared to the native Italian population).In 2010 the Italian citizenship application processes completed successfully totalled 2,285, of which 892 based on marriage and 1,393 on residence.The foreign children enrolled in primary schools is 6,776, corresponding to 21.3% of total subscribers. The foreign children enrolled in secondary level have 4,212, corresponding to 20.8% of total subscribers.

Anti-Racism as an Urban Common

Il Centro per i giovani – an intercultural, educational project

A path to build a United and Inclusive Society: The city of Turin adopts its "Guidelines for Interculture and participation" 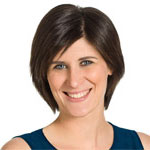