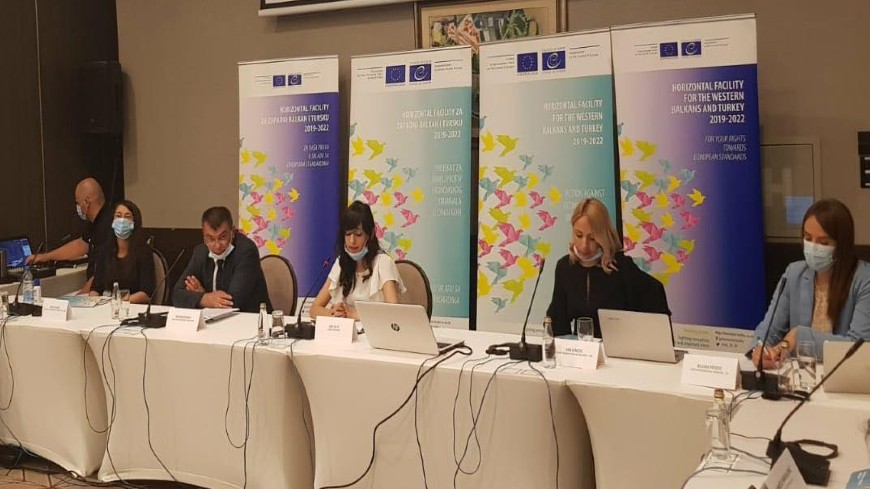 No country is fully immune to misuse of party funds and abuse of state resources for electoral purposes. Montenegrin Agency for Prevention of Corruption should further improve its methodology to effectively prevent, control and address these problems which undermine transparency, freedom and fairness of elections, and the European Union and the Council of Europe are ready to contrinue supporting the Montenegrin institutions in ensuring the transparency of elections.

This was the key message delivered by the speakers at the two-day Workshop on the Corruption Prevention Agency's methodology for collecting, processing data on financial management and activities, as well as for controlling financial reports of political entities during election campaigns. The event was organised by the EU Delegation to Montenegro and the Council of Europe Programme Office in Podgorica.

Detecting and addressing misuse of party funds and abuses of state resources for electoral purposes is difficult, due to the complex nature of the schemes used and involvement of multiple actors from public and private sectors. Sound methodology is key for addressing these issues. At the workshop, representatives of the Agency for Prevention of Corruption and civil society organisations involved in election monitoring are discussing the methodology for control of financing of political entities and electoral campaigns, as well as the methodology for control and prevention of potential abuses of state resources.

Savo Milašinović, a.i. Director of the Agency for Prevention of Corruption, stated in his opening remarks that he was convinced that the current co-operation on the development of both methodologies will further strengthen the work of the Agency and contribute to effective control and supervision over the implementation of respective legislation. “We expect that all taxpayers will consistently respect the law during this campaign, which I believe they are familiar with, taking into account that the Agency has continuously organized training and seminars at the local and state level, which was attended by almost 300 participants”, he concluded.

“The area of financing political entities and election campaigns is one of the most sensitive areas in the work of the Corruption Prevention Agency. Due to the legislative framework, as well as thanks to the resources developed within this joint EU/Council of Europe action, the Agency has significantly improved its legal, technical and human capacities and is now better equipped to fulfil expectations of people in Montenegro”, said Ana Selić, Senior Project Officer, Council of Europe.

The new methodologies have been developed by the team of Action against economic crime in Montenegro as a part of the EU/Council of Europe joint programme “Horizontal Facility for the Western Balkans and Turkey 2019-2022”, funded by the EU and the Council of Europe and implemented by Economic Crime and Co-operation Division of Council of Europe.

These instruments complement the previously developed instruments for risk analysis, IT tools for data processing and preventive mechanisms provided to public authority bodies. They are meant to ensure adequate technical preconditions for efficient implementation of the Agency’s control functions over electoral campaigns. They build upon previous work relating to criteria for selection of subjects of control, guidelines for public authorities for prevention of abuse of state resources in electoral purposes and advice provided on creation of a database that ensures storage and processing of information gathered during electoral campaigns and of the proposed legal amendments.

The Action against economic crime in Montenegro has been working since 2016 on enhancing the capacities of the Montenegrin Agency for Prevention of Corruption in this area.