How to address the Tribunal during the global health crisis 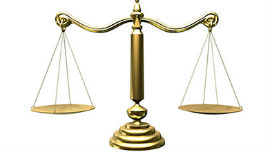 After having received requests for information by possible appellants and taking into account the current situation in most countries and in the Council of Europe in particular, the President decided to avail herself of prerogatives granted to her by Article 42 of the Rules of Tribunal.

As a result, she decided that, during the period during which the Council of Europe is not accessible and the staff is required to telework, the date of lodging of appeals would be exceptionally that of the electronic dispatch of a duly completed appeal form and its annexes. It is up to the appellant (or his/her representative) either to send the documents dispatched electronically by a registered letter or to deposit them at the registry as soon as possible and without adding any modification.

The President decided that the same procedure should apply when lodging requests for stay.

The e-mail address to be used is: tribunal.administratif[at]coe.int.

This information was brought to the attention of the Secretary General (via her usual representative) and the Chair of the Staff Committee of the Council of Europe as well as to the staff via the Intranet. The Governor of the Council of Europe Development Bank and the Secretaries General of other international organisations subject to the jurisdiction of the Tribunal will also be informed in order to notify their staff.

The same rules will apply, mutatis mutandis, to conciliation procedures valid for the three international organisations which have recognised the jurisdiction of the Tribunal unless otherwise specified by the conciliators.