Administrative Tribunal of the Council of Europe 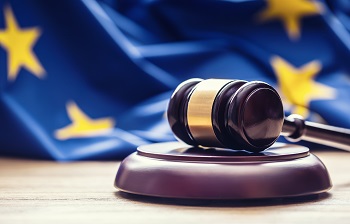 As an international organisation, the CoE enjoys immunity from the jurisdiction of national courts. The ATCE allows serving and former staff members to seek judicial remedy in case of their employer’s wrongdoings. The official languages of the ATCE are English and French (Article 6 of the Statute of the Administrative Tribunal).

Upon the establishment of the CoE in 1949, a board with the function of arbitrating disputes between the CoE and its staff was created but no dispute was referred to it. In its composition it was closer to an administrative body than to a judicial body. It was replaced in 1965 by the Appeals Board, a true administrative court, in no way answerable to the Committee of Ministers of the CoE or to the Administration. The Board was established following the 139th and 140th Meetings of the Minister’s Deputies held from 1 to 6 Match 1965 and from 5 to 9 April 1965 during which the Deputies adopted the Statute of the Appeals Board and a new version of article 25.3 of the Staff Regulations in force at the time.

Under Resolution (94) 11 of the Committee of Ministers of the CoE, the Appeals Board was renamed the Administrative Tribunal. The Administrative Tribunal has since undergone significant reforms. There notably was an important change in the method of appointment of the Tribunal’s President and Deputy President in pursuance of Resolution (99) 19. Up until 31 December 1999, the President of the Tribunal was appointed by the European Court of Human Rights (‘ECtHR’) from among its own members, whilst the two remaining judges were appointed by the Committee of Ministers. As of 1 January 2000, the President of the Tribunal and his or her Deputy are to be chosen from among those who are not the serving judges of the Court.

On 15 February 1994 the Agreement on the extension of the jurisdiction of the Administrative Tribunal to the staff members of the Development Bank of the CoE was signed.