Letter to Belgium, visit to Greece and a statement on migration policies in Europe

Print Letter to Belgium, visit to Greece and a statement on migration policies in Europe
HR COMMISSIONER 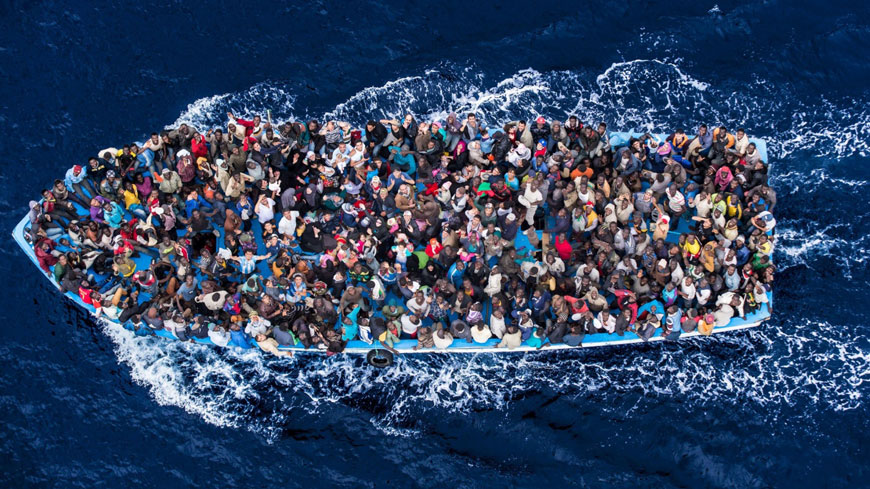 On 5 July 2018, the Council of Europe Commissioner for Human Rights, Dunja Mijatović, issued a statement, where she called on European states to put human rights at the centre of their migration policies. “European states’ current approach to the arrivals of refugees and migrants has transformed a manageable issue into an extremely divisive topic, in particular within EU member states. And it has caused immense suffering and hardship to thousands of people who sought our protection. It is time that European states put the human rights of migrants, asylum seekers and refugees, as well as the principle of responsibility sharing, at the centre of their migration and asylum policies. Whilst states have the right to control their borders and ensure security, this cannot come at the expense of human rights. The recent adoption of European Council conclusions, as well as decisions at national levels, raise a number of concerns that European states must address in order to meet the obligations under international human rights law which they have undertaken to respect”, the Commissioner said in the statement.

On 29 June 2018, in Athens, at the end of her five-day visit to Greece, the Commissioner said that immediate action is needed to protect human rights of migrants. “The humanity and hospitality that Greece’s people and authorities demonstrated towards migrants in recent years is truly commendable. In spite of these efforts, however, the situation remains worrying and much more needs to be done to protect the human rights of those who have had to flee their country. It is high time that all member states of the Council of Europe united around its foundational values and address this issue in a spirit of collective responsibility and solidarity. I am very concerned by the substandard living conditions prevailing in the Reception and Identification Centre of Moria, which is running at well over three times its capacity and has already expanded informally into the surrounding area, putting the human rights of its residents at risk. The combination of overcrowding, insecurity, poor hygienic conditions, the approaching high summer temperatures, and residents’ uncertainty regarding their future may lead to very serious problems if not addressed immediately”, said Commissioner Mijatović. She also warned about the increasing tensions that this situation inevitably causes both among the residents of the Centre and within the general population of the island. The Commissioner’s report on her visit to Greece is forthcoming.

On 14 June 2018, the Commissioner called on Belgium not to resume detention of migrant children in a letter addressed to Mr Theo Francken, Secretary of State for Migration and Asylum. She raised concerns about the possibility that migrant families with children may be detained in newly constructed closed detention units near Brussels airport. Underscoring that full respect for children’s rights means that children should never be detained on grounds of their or their parents’ immigration status, the Commissioner invited the Belgian authorities to redouble their efforts to develop alternatives to detention for families with children. The reply by the Belgian Secretary of State for Migration and Asylum was also published the same day.