The Council of Europe has followed the situation of refugees and migrants over many years and has been particularly concerned with the protection of the most vulnerable, such as children on the move, including unaccompanied children. The situation today is rather different from that in 2016 when the mandate of the Special Representative on Migration and Refugees was established. The mandate includes suggesting immediate assistance and support to member states, as well as complementing activities of other relevant Council of Europe bodies and co-ordinating our action with other international partners, notably the UNHCR, IOM, UNICEF, EU, and its specialised agencies, and other national, regional and international stakeholders, including civil society.

Council of Europe’s work on migration has become more visible, with regular updates on the situation in the member states through fact-finding missions, thematic debates in the Committee of Ministers, exchanges of views with Council of Europe monitoring bodies, UN committees and EU institutions, as well as through engaging in intergovernmental co-operation. 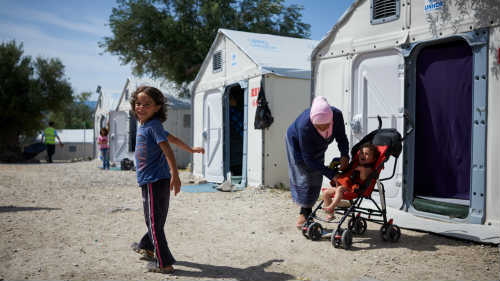 The Office of the Special Representative is currently co-ordinating the effective implementation of the Council of Europe Action Plan on Protecting Vulnerable Persons in the Context of Migration and Asylum in Europe (2021-2025), which was adopted by all the 47 member states and includes the Organisation’s priority actions in the field. The Action Plan aims at addressing the main challenges and opportunities identified since the previous Action Plan, which focused on children and was completed in 2019. The lessons learned, along with discussions with member states and within the Council of Europe, revealed the need for further action and co-ordination, with a wider scope.