Raising awareness on violence against women and domestic violence: working with media in Kosovo* 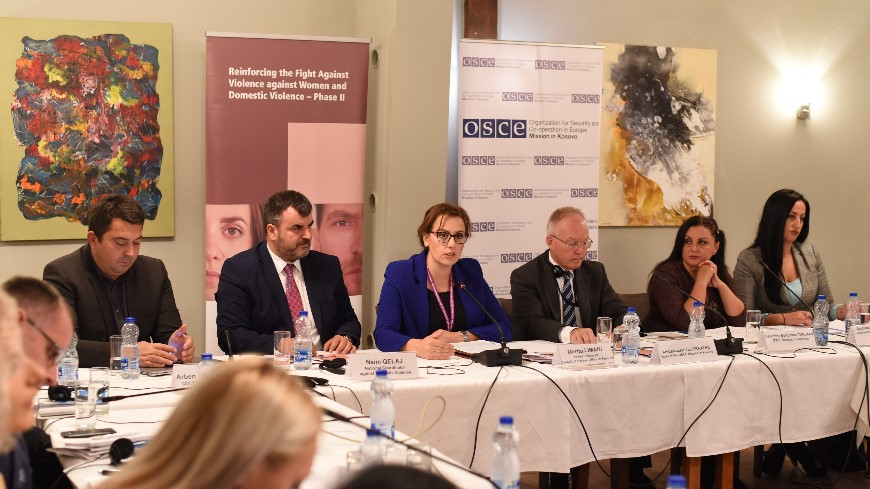 On 24 September, the Council of Europe Office in Pristina, jointly with the OSCE Mission in Kosovo, organised a workshop on the ‘’Role of Media in Raising Awareness on Violence against Women and Domestic Violence’’.

The workshop included representatives of media organisations such as editors and journalists, representatives of the association of journalists, and the National Coordinator against Domestic Violence. The workshop aimed to enhance the knowledge and emphasize the important role of media in reporting of violence against women and domestic violence in a gender-sensitive non-stereotyped manner (for example, by depicting the case as “crimes of passion”). Knowing the strong impact of media in shaping the public opinion, an increased awareness and more gender sensitive approaches to media reporting would lead to a greater support from society in preventing and combating violence against women and domestic violence.

The OSCE Mission in Kosovo presented on the local policy frameworks and mechanisms in preventing and combating domestic violence in Kosovo* and their guidelines for journalists for reporting on cases of domestic violence.

*All reference to Kosovo, whether to the territory, institutions or population, shall be understood in full compliance with United Nations Security Council resolution 1244 and without prejudice to the status of Kosovo.