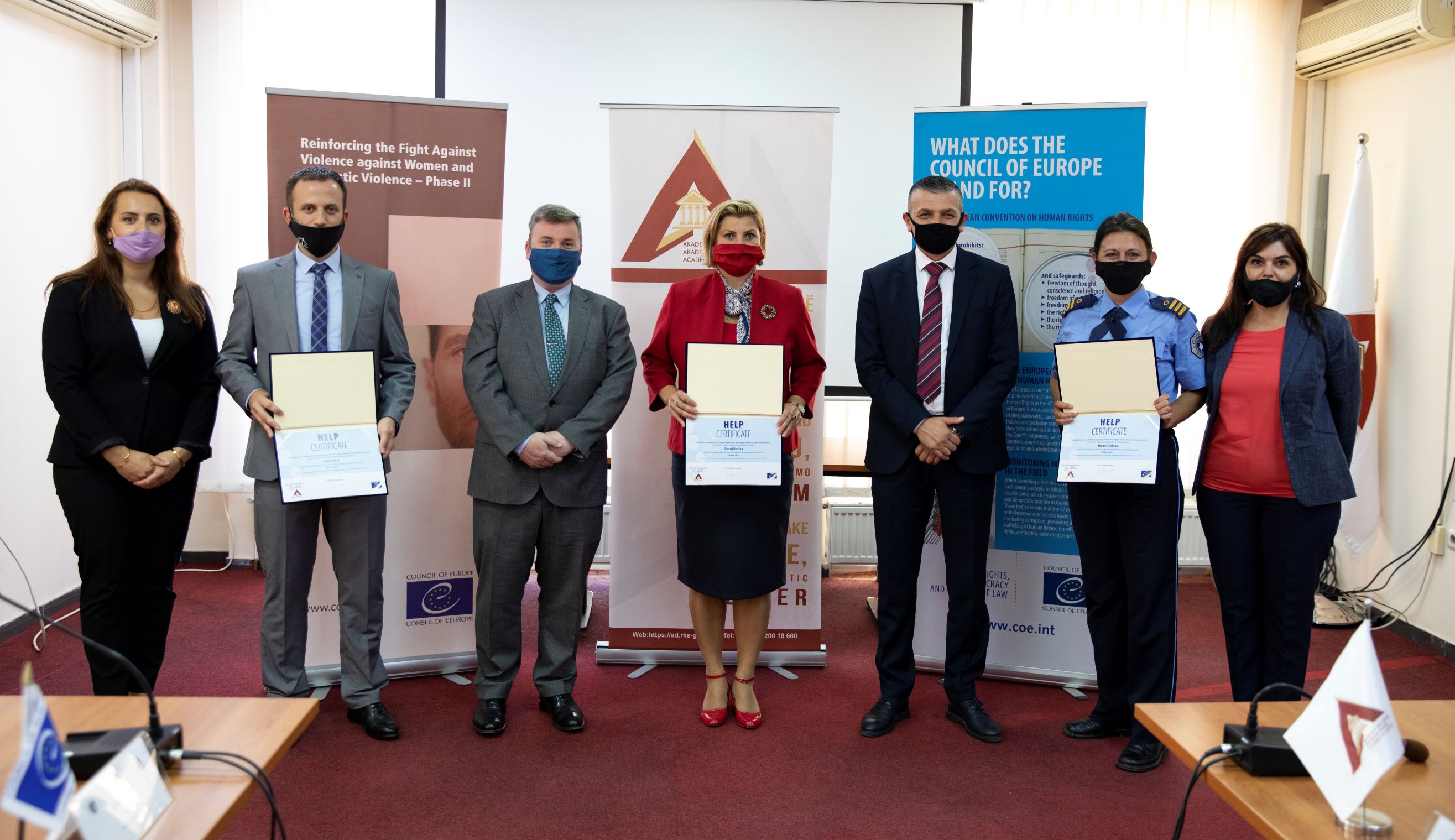 The Certificate Award Ceremony was organized at the Kosovo* Academy of Justice, in a limited number of participants to comply with measures against covid-19 pandemics, and it featured remarks and awarding of certificates by Frank Power, the Head of Council of Europe Office in Pristina and Enver Fejzullahu, the Director of Kosovo Justice Academy. Upon obtaining the certificates, Faton Ademaj, Judge, Shenaj Berisha, Prosecutor and Xhemile Behluli, Police Sergeant on their remarks highly acknowledged the experience and knowledge gained from the HELP course.

*All reference to Kosovo, whether to the territory, institutions or population, in this text shall be understood in full compliance with United Nations Security Council resolution 1244 and without prejudice to the status of Kosovo.