Migration and human rights: how to structure effective collective action? Best practices and shared knowledge in the Mediterranean and European space
24-25 November 2016 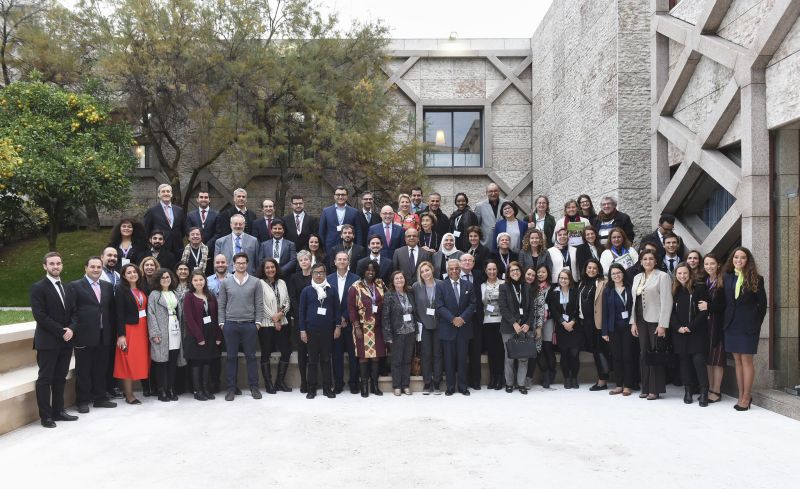 Refugees speak out at Lisbon Forum, amid calls to improve coordination of humanitarian aid

With Migration and Human Rights in focus, the 22nd edition of the Lisbon Forum gathered more than 200 representatives of governments, parliaments, local and regional authorities and civil society organisations, from both shores of the Mediterranean.

Refugees from Iraq, Afghanistan and a Syrian exchange Student explained their experiences at this year’s Lisbon Forum, as calls were made to improve coordination of humanitarian aid.  More 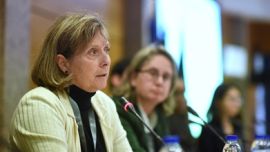 “Through innovative actions, refusing the fatalism and opportunism that too often mark political action, civil society can renew and strengthen the concept of solidarity, the need for the application of rights for all, the benefits of interacting with the “Other”, the foreigner.” First of all, close attention must be given to coordination among States, international organisations and non-governmental actors. More 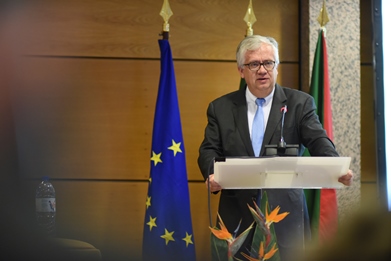 Eduardo Cabrita, Assistant Minister for the Prime Minister of the Government of Portugal, has set out the position of Portugal concerning migration.

In the Portuguese National Assembly “there is not a single member of parliament, let alone political parties, who isn’t in favour of welcoming in Portugal the largest possible number of refugees.” More 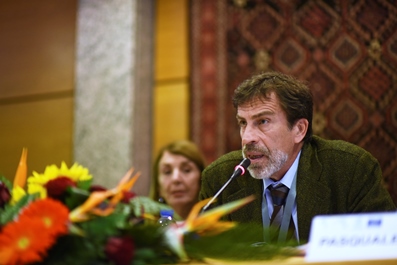 “Walls do not enhance security”

Pasquale Lupoli, Senior Regional Advisor for Europe of the  International Organization for Migration (OIM) has been working in the field for 30 years.

In his speech, which opened the second plenary session, Mr. Lupoli provided a clear overview of the migratory phenomena. More 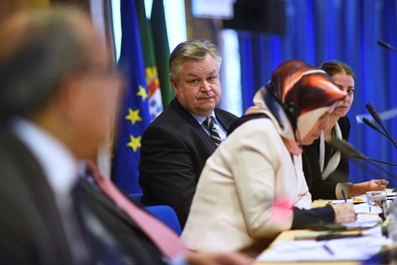 No human being is illegal, to be a refugee is not a crime”

Michael Georg Link is the Director of the OSCE Office for Democratic Institutions and Human Rights and in his speech has provided an overall framework of the work of OSCE in the Human Rights’ field.

According to the words of Mr. Link, “in the area of migration and refugees, especially, we have a lot of concern, and [we have] the impression [that] in many cases at many borders, especially the borders guards, prosecutors and state institutions, are not dealing with this situation in a human rights compliant way.” More 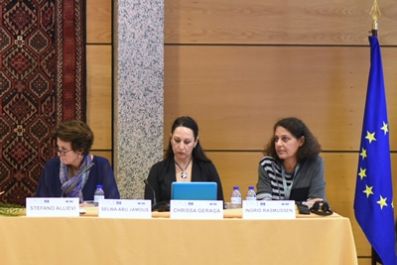 Stavanger: "refugees are our inhabitants, no matter how long they remain with us"

Ingrid H. Rasmussen is the Special Advisor for Diversity and Integration of Stavanger Municipality in Norway. In the speech Ms. Rasmussen has provided an overview of the challenges and solutions put into place in her city for responding to the ‘migration crisis’. In fact, even in Norway, a wealthy country with a solid economy and an excellent welfare system, people can be hostile or evil against foreigners (as demonstrated by the attacks occurred in 2011). More 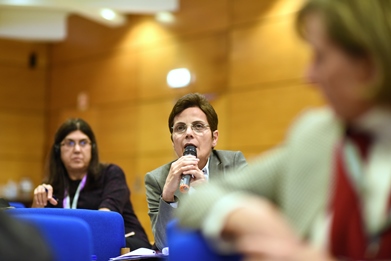 Suzanne Jabbour, laureate of the North-South Prize, is the Director of RESTART, a centre for the rehabilitation of victims of violence and torture. She participated on the workshop about the role of civil society in the protection of human rights, where she provided an effective analysis of the role of civil society particularly in Lebanon.
Civil society represents a fundamental counterbalance to Nation’s power, “offering protection from potential abuses and arbitress of state power”. At the same time, it is however important to cooperate with governments, states, parliaments by keeping a critical distance. More 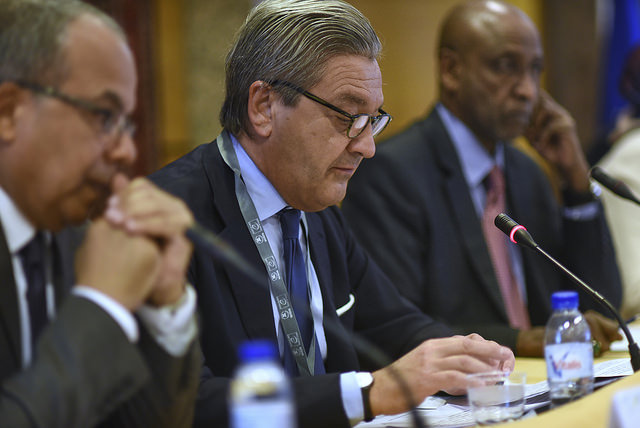 In his speech he  underlined the role diaspora communities play in building bridges between their countries of residence and of origin. More 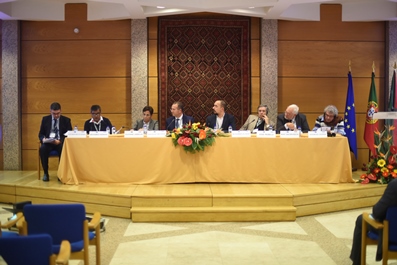 Mr. Hugo Martinez de Seabra is Project Manager of Vision Europe 2016. The latter is a consortium of think tanks and foundations (including the Gulbenkian Foundation of which Mr. Seabra is member) “trying to address some of the most pressing public policy challenges in Europe”.

In his speech Mr. Seabra has presented the results of the 2016 initiatives of Vision Europe, which are focused on migration and refugee issues. In particular, the practical recommendations emerged from the work of Vision Europe aim at building a common ground to promote a more resilient Europe. More 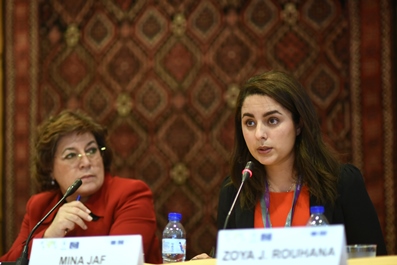 In the framework of the Lisbon Forum 2016 and on the occasion of the International Day of the Elimination of Violence against Women, the North-South Centre organised a roundtable dedicated to “Women Refugees, Migrants and Asylum Seekers in Europe and the Southern Mediterranean”. Chaired by Ms. Ana Gomes, member of the European Parliament, the roundtable gathered experts from the North and the South of the Mediterranean who formulated recommendations to protect women refugees, migrants and asylum seekers and to prevent gender-based violence.” More