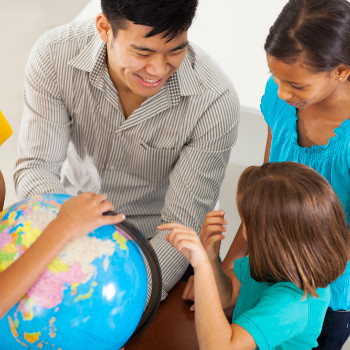 The Council of Europe Gender Equality Strategy 2018-2023 builds upon the vast legal and policy acquis of the Council of Europe in this area and pushes towards these goals by supporting the implementation of existing standards through six strategic objectives:

Several of these objectives have a link with combating hate speech, including the work on gender stereotypes and sexism and on violence against women.  Indeed, data, surveys and reality on the ground show that sexist hate speech is rampant in Europe and that women are disproportionally targeted. The No Hate Speech Campaign therefore works with the Gender Equality Unit on combating sexist hate speech.

A survey about young people and online hate speech carried out in 2015 showed that women are one of the top three target groups of hate speech encountered by the respondents. In the same way a 2014 survey showed that one in three women has in the EU has been confronted with physical or sexual violence since the age of 15. This demonstrates the large prevalence of both sexism and violence against women in Europe and the need to address these phenomena in a holistic and comprehensive manner.

"Sexist hate speech" against women has also been referred to as “sexualised hate speech”, “cyber gender harassment” and “cyber‐sexism”. However it is referred to, it has devastating effects, especially on young women, Sexist forms of hate speech take place online and offline and in all forms of social interaction: at school, in the family, in social circles, in the public space, at work, via emails, websites and (social) media. Although it has taken a new dimension through the Internet, the root causes of sexist hate speech preceded the technology and are fundamentally linked to the persistent unequal power relations between women and men. Sexist forms of hate speech are also direct manifestations of violence against women and girls. They affect society’s efforts to achieve gender equality because if sexist hate speech goes unaddressed and unpunished, it reinforces the idea that such behaviour is acceptable.

A seminar on sexist hate speech was co-organised by the Youth Department and the Gender Equality Unit in February 2016 in Strasbourg.

Gender Equality in the Programme of the Youth Department

The youth sector of the Council of Europe, works with young people on issues relating to gender and gender equality, understood as the equality of all women and men and people not identifying as either, is a central part of human rights education, defined as educational programmes and activities that focus on promoting equality in human dignity. The issue is addressed in the manual Compass and also in the manual on gender-based violence affecting young people, Gender Matters.

The Youth Department organised a seminar entitled "gender matters" in June 2016 aimed at further mainstreaming gender equality in its activities and policies, as well as in those of the Council of Europe and its partners. 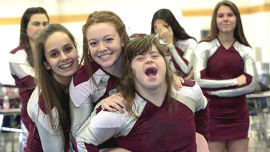 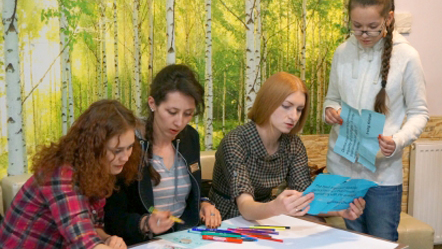 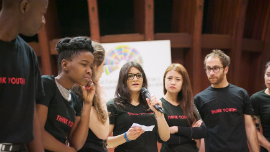 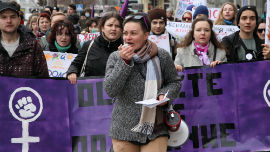