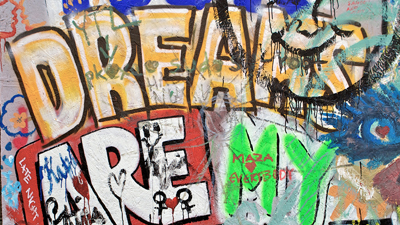 The example below illustrate how the Step by Step guide in chapter 7 is used.

Each counter narrative needs to be tailored to the specific context of the hate speech situation. Chapter 5.4 and 5.5 describe how a human rights based narrative can become an effective alternative to hate speech.

Developed by Agata de Latour, based on information provided by La Cimade

Over the last decades, France has been going through a serious crisis in terms of its values of freedom, equality, and solidarity (widely known as Liberté, Egalité, Fraternité). Despite France’s historical contributions to the development of human rights frameworks, France is facing serious difficulties in living up to its international human rights and humanitarian commitments in relation to the rights of asylum seekers, refugees and migrants. This can be observed in a number of areas: the administrative and legal obstacles in asylum procedures; difficulties in accessing information, and limitations in access to public services, housing and health care; alarming conditions in detention centres; and discriminatory practices and abusive treatment. All these are leading to the precariousness, impoverishment, isolation and exclusion of the migrant population on French territory.1

French society is also becoming less tolerant and respectful of difference. The rise of racist statements and acts has been steady, as documented by reports by the National Consultative Commission of Human Rights.2 The Commission devotes a large part of the reports to hate speech online targeting all minorities, such as Muslims, Jewish or Roma and, in recent years, also refugees. Reports confirm that the Internet as a space for the free flow of ideas has also become a space of proliferation of hate and the banalisation of evil.

Despite the fact that Islamophobia and hate speech against migrants have increased, especially since the 2015 and 2016 terrorist attacks, these trends have existed for decades. It is the general oppressive narrative targeting migrants and refugees that the association La Cimade have been addressing, through a series of activities, since 2009. In this example, the organisation of the Festival Migrant’scène is highlighted as one of them.

The oppressive narrative analysed appears in two different, yet interrelated spaces:  those public discourse spaces in which lead politicians participate, and those spaces on social media platforms where individuals can express their views and respond to messages.

Examples of textual evidence from the oppressive narratives produced by politicians include the following:

These examples refer directly to the defence of values and traditions of the “French civilisation”. Hate speech is here supported by love narratives towards the motherland.

Examples of textual evidences of the oppressive narratives can also be found on Facebook posts. For example, several can be found posted by readers of a regional newspaper from northern France, relevant because considering that it is in this region where one of the biggest irregular camps of migrants was located (the so-called “Jungle”). Migrants trying to reach the United Kingdom by boat or train were hosted in this camp. The textual examples are as follows:

STEP 1: Analysis of the content, the structure and the tone of the oppressive narrative

The structure is the same in both cases. The original situation was that there was a prosperous country which has been disrupted by the arrival of migrants.

STEP 2: Analysis of the intent of the oppressive narrative

Textual evidence by politicians contains stereotypes, prejudice and racism, for example, promoting the idea of the “superiority of our civilisation”. The statements encourage feelings of rejection and superiority as well as hateful attitudes, legitimatising the governmental expulsion of migrants. The statements aim to increase the number of votes in upcoming elections by appealing to sentiments of fear and anger.

Textual evidence posted by the general public shows sentiments of hate, and its intention is to support actions to expel migrants from the territory around Calais and from France in general. The texts explicitly call for violent action, for example, by suggesting that truck drivers should be equipped with guns and should not hesitate to shoot migrants. This constitutes a clear incitement to hate.

STEP 3: Analysis of the context

STEP 4:  Analysis of the targets of the oppressive narrative

Migrants are targeted as a group in general, especially asylum seekers and refugees. These are groups who have been marginalised and discriminated against historically.

STEP 5 and 6: Analysis of the media and geographical distribution

The oppressive narratives are based on testimonies from direct observations, and news reports by some that the number of migrants and refugees has increased, especially in some locations, as in the example of Calais.

STEP 8: Analysis of the impact on individuals, groups, or society

The impact of statements by leading politicians is the legitimisation and normalisation of hate speech. Migrants are dehumanised, and there is a rise in racist, intolerant and hateful attitudes. As a result, Extreme right-wing parties are gaining support within France and across Europe.

The impact of the online hate speech is the dehumanisation of migrants, and a rise in tensions, violence and hateful attitudes. These attitudes emerge and contribute to a general atmosphere in which fear and anger are important emotional dimensions. The idea of a clash of civilisations, “us” against “them”, and inward-looking attitudes hinders attitudes of openness towards migrants and closes opportunities for the inclusion of migrants within French society. This is aggravated by the poor economic situation and a high level of unemployment.

The idea of the counter narrative presented below is based on and inspired by the actions of the French association la Cimade,8 which has supported and helped displaced people and migrants since 1939.

Vision
The vision of la Cimade is that Liberty, Equality and Fraternity [Liberté, Egalité, Fraternité] applies to everyone. It wants members of French society to respect people’s right to seek protection from violence and ask refuge, ensure humane treatment and acknowledge everyone’s contribution to French culture and society, including that of migrants, as the true meaning of Liberty, Equality and Fraternity [Liberté, Egalité, Fraternité]

Mid-term objectives
Catching the audience during the Festival Migrant’ Scènes 9 was assessed as a first step in a longer-term awareness-raising process to promote the vision ‘Liberty, Equality and Fraternity for truly everyone in France’. The Festival gathers a very diverse public: families with children, social and youth workers, teachers, and passers-by. Over the past few years, more and more young people have also attended the Festival’s events, searching for answers to the complex questions of our societies. The Festival is made up of street theatre shows, concerts, photo exhibitions, games, debates and intercultural events based on non-formal education methodology. This approach helps people to experience empathy and compassion instead of only theoretically learning about how it is to be a migrant. The aim is not to impose an opinion, but to bring people together to reflect and exchange thoughts and ideas about the prejudices, and finally to deconstruct them.

Defining the target audience of the counter narrative (2), choosing the content and the tone depending on the audience (3), securing human rights values and approaches (4), the mediums (5)

The main actions have been the organisation of the Festival Migrant’Scène in one city in 2009 and several related campaigns and educational activities. This included street theatre, concerts, a photo exhibition, games, debates, and intercultural events. The Festival continues to be organised annually and in 2016, activities took place in 55 French cities.

Educational activities involved research and the creation of tools and pedagogical resources for the campaign, such as ‘The short guide on combatting prejudices on migrants’.10

Organising all these activities entailed training the local teams of educators, staff and volunteers, engaging with media, working with the artists, co-ordination and fundraising.

Phase 3. Implementation of the counter narrative

The launching of the counter narrative took place during the Festival Migrant’Scène in 2009. It was the start of a series of educational and awareness-raising activities.

La Cimade has involved renown artists and actors such as Jean-Louis Trintignant, but also philosophers, psychologists and artistes for participating in two campaigns: Added Value: In France, a Foreigner is neither a Problem nor a Threat,12 and The True Face of Migrants.13

Phase 4. Monitoring and Evaluation of the counter narrative

STEP 2: Estimation of the reach

Per annum: 35,000 people were reached by campaign, 30,000 were present at the festival, 100,000 migrants were accompanied, 400 partnerships were involved in actions (for example, with NGOs, universities and local governments), 2,000 volunteers were involved in actions, press releases and writing articles: Facebook: 35,000 fans; Twitter: 12,000 followers. All the evaluation tools, such as monitoring of social media, surveys and reports of the regional teams, made it possible to measure progress in all regions of France. Other data collected included the number of supporters and the number of volunteers joining the organisation. The Festival, which was organised in 2009 in one town, took place in 55 French cities in 2016.