Reykjavík is the capital city of Iceland. Nearly two-thirds of the country's population lives in Reykjavík and the capital area.

Reykjavík is a vibrant city and its habitats are from all different walks of life. Museums, library, arts, concerts and theatres are a significant cultural aspect of Icelandic life that connects different groups of people. There is always room for encouraging individuals and create platforms to bring together critical voices in diverse societies to better shape a community. Reykjavik has vibrant open spaces, such as city parks, where residents celebrate significant events that bring together an eclectic crowd with a common goal of fun and cheer, such as watching the World cup or the ongoing volcanic eruption.

Migration in Reykjavik is a relatively new phenomenon compared to other big cities. Notwithstanding, the city incorporates diverse backgrounds, cultures and hosts one of the most celebrated Gay Pride Parade in the world (Reykjavík Pride) that brings together not only the group LGBTQIA but a celebration of Reykjavik. Despite great progress in the last 10 years, Reykjavík is still working on improving diversity and inclusion. Reykjavik offers diverse representation through different organisations. School programs such as the bilingual association, which recently recorded 109 active languages in Iceland, multicultural cafe programs where different cultures present unique aspects of their language, the organisation WOMEN, which unites a diverse Women Of Foreign Origin to mention but a few. Other representations are seen during the yearly celebrated multicultural days, such as the annual event where residents from all backgrounds fill the streets with dances, music, arts and crafts. Reykjavik city also holds diverse celebrations like intercultural food markets where various restaurants introduce their cuisine at the city centre's heart. 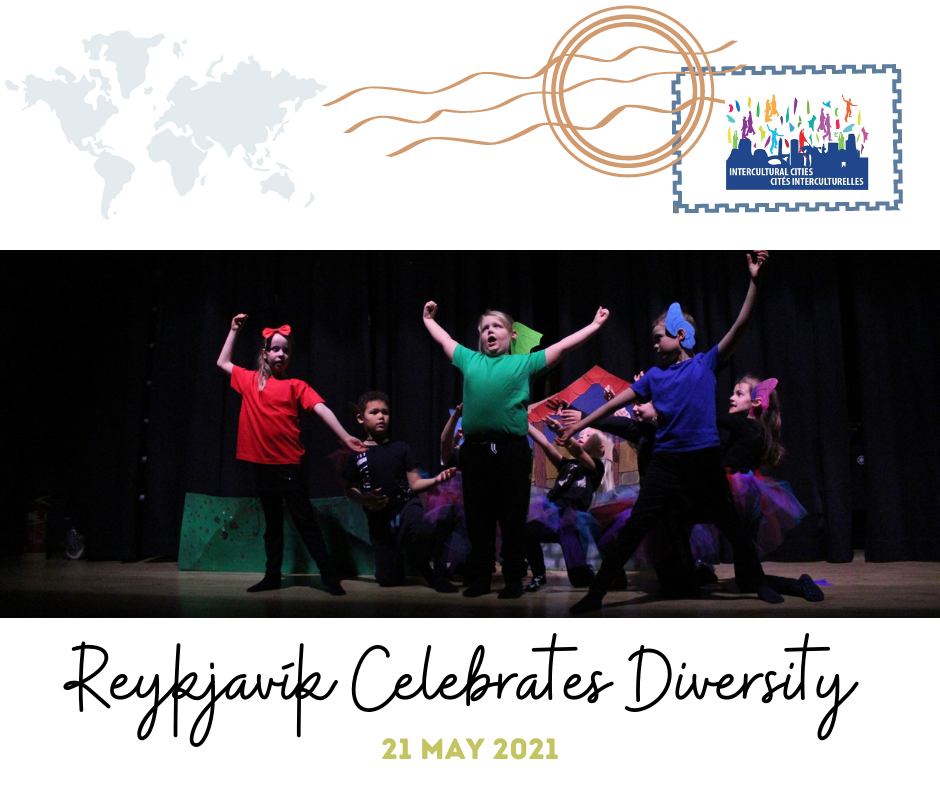 Café Lingua is an ideal place for those who want to meet new people, strengthen their language skills and have fun along the way. Café Lingua's goal is to cultivate the languages ​​that have found their way to Iceland and have enriched human life and culture.

The "Flying Carpet" is a project hosted by the Reykjavik City Libraries. It is designed to highlight the strengths and diversity of the participants' cultures. The children get an opportunity to meet and present their culture in an creative environment.

Reykjavík City runs seven public thermal pools which are heated with geothermal water and are part of the city's policy of encouraging public sports and healthy lifestyle.