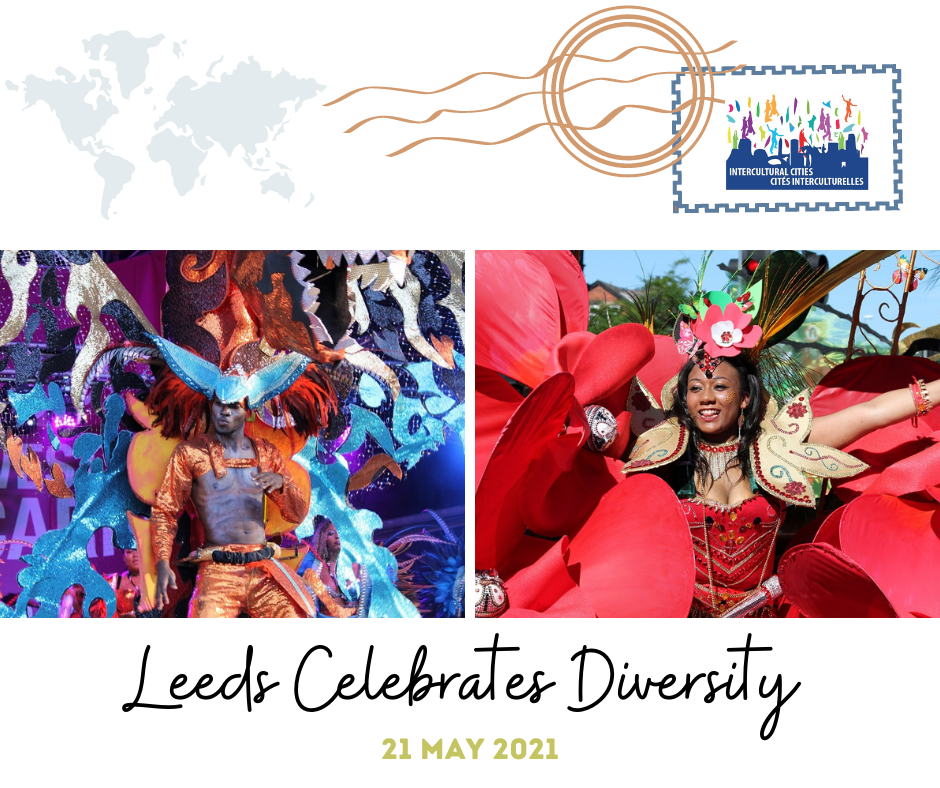 Home to over 169 different nationalities, Leeds is one of the most diverse cities in the UK. From colourful carnivals to delicious food festivals, communities from across the city come together throughout the year to celebrate the rich cultural diversity across the city.

Food, dance and music play an integral role in supporting the city’s communities in many aspects of their lives. One particular programme implemented by the municipal government, known as the Migrant Access Programme, aims to empower members of local communities from a range of national, ethnic or language backgrounds with the skills and knowledge needed to support their communities and new arrivals to living in Leeds. Many of the projects led by these communities are inspired by the senses. For example, the Syrian Kitchen, was run by a group of Syrian volunteers providing a focal point for the community where people also sought advice and help whilst enjoying affordable traditional Syrian food. Other projects have used music and dance to help support communities in Leeds. The ‘Are You A Dancer’ project aimed to support integration and overcome language barriers through music and dance. Local community representatives organised dance workshops which brought people together from the local community and helped create a bond between participants, despite of language difficulties. Following the sessions, attendees were then encouraged to join an English Conversation club to help improve English skills and in-turn reduce isolation.

The Leeds Refugee Forum, a refugee-led organisation that aims to support refugees, asylum seekers, often uses food as a beautiful way to learn, to talk and understand the diversity of the city through spices and mouth-watering ingredients.