Rotterdam is the second-largest city in the Netherlands and one of the biggest ports in the world. The population of the city amounts to 617,347 inhabitants.

The most important ethnic group – people born to parents of Dutch origin – makes up 52.4% of the city’s inhabitants. Yet, by 2009 around 46% of Rotterdam’s residents were of immigrant background. According to the data provided by the City Council, currently about 70% of the city’s youth have migrant origins.

The largest minority groups originate from Surinam (8.7%), Turkey (7.8%), Morocco (6.5%), the Antilles/Aruba (3.6%) and Cape Verde (2.5%). The remaining migration flows originate from EU (6.4%), other Western (4.6%) and non- Western (7.5%) countries. It is estimated that the number of Muslims in Rotterdam approximates 13% of its population. Half of the Muslim population has Turkish roots, while a quarter is of Moroccan descent and the rest are from a variety of backgrounds, including Surinamese, Bosnian, Indonesian and Pakistani.

As of April 2011, 174 different nationalities and 550,834 persons with Dutch citizenship, including those with dual citizenship, were recorded in Rotterdam. 72.6% of Rotterdam’s residents holding Dutch citizenship were born in the Netherlands. Second-generation migrants represented over one-fifth of the city’s population. 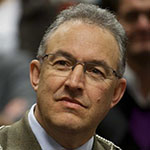