Reykjavík is the capital and largest city of Iceland, and its latitude, at 64°08' N, makes it the world's northernmost capital of a sovereign state. It is located in south-western Iceland, on the southern shore of the Faxaflói Bay. With a population of around 120,000 (and over 200,000 in the Capital Region), it is the heart of Iceland's cultural, economic and governmental activity.

The foreign population of Iceland had stood at less than 2% for decades but began to rise in the late ‘90s and really took off from 2005, peaking at 7.6% in 2009. However, by this time, the reason for immigration had already been undermined by an economic upheaval. The crisis resulted in the greatest migration from Iceland since 1887, with a net emigration of 5,000 people in 2009. Iceland's economy stabilised under the government of Jóhanna Sigurðardóttir, and grew by 1.6% in 2012. Many Icelanders, however, have remained unhappy with the state of the economy and government austerity policies. The centre-right Independence Party was returned to power in coalition with the Progressive Party in the 2013 elections, under Sigmundur Davíð Gunnlaugsson.

Nevertheless, Iceland was now irrevocably a nation of immigration and cultural diversity with residents of numerous countries of origin. The most recent figures from Statistics Iceland (2013) quote the total population of Iceland as 321,857, a slight increase of 0.7% or 2,282 persons from 2012. Immigrants comprise 25,926 persons, of which 6,664 have acquired Icelandic citizenship. 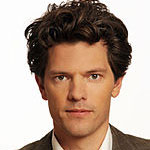