Capital of Greece’s Western region, Patras is also the principal port looking towards the Ionian islands and Italy.

Founded in the 3rd millennium BC, Patras flourished during the Mycenaean and especially the Roman periods, up until the 9th century AD. From the 13th century, it belonged to the Franks, to the Byzantines, to the Venetians and at other times, to the Turks.

Patras developed rapidly after liberation from the Turks in 1821, and thanks to the increasing commerce it enjoyed as a port city. Everywhere beautiful neo-classical buildings still embellish this city whose roads lead to the sea, making a strong and picturesque impression. Artistic and spiritual life remains very intense today. Gradually, heavy industry has also developed, increasing the population. Today, Patras is one of the most influential cities in Greece, with its port continuing to play the important role it has always held throughout its long history.

Equal provision of support services to ALL vulnerable groups

ProfilPASS – a tool for the assessment of migrants competences

“No child is foreign!”

From September to October 2016

Supporting the Roma of Achaia 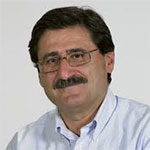