Palermo is a city in Insular Italy, the capital of both the autonomous region of Sicily and the Province of Palermo. The city is noted for its history, culture, architecture and gastronomy. Palermo is located in the northwest of the island of Sicily, right by the Gulf of Palermo in the Tyrrhenian Sea. The population of Palermo urban area is estimated by Eurostat to be 855,285, while its metropolitan area is the fifth most populated in Italy with around 1.2 million people. In the central area, the city has a population of around 676,000 people. 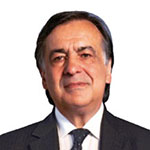