Neumarkt is home to more than 40 000 people, including citizens holding 120 different nationalities. In schools, at work or in public around 60 different languages are spoken. Interculturalism is more and more the norm.

Integration in Neumarkt means working together with authorities, associations, schools, residents’ groups, elected members and volunteers to transform the city into an intercultural space. Cooperation between all of the city’s actors is essential to achieve this goal.

Community cohesion is an ongoing process, with challenges that can be overcome through mutual cooperation: if everyone cooperates and bears responsibility anything can happen.

In November 2018, Neumarkt implemented its most innovative and effective action so far: the sustainability report, which constitutes the basis for the city’s sustainable development plan until 2030.

This binding document, created with the help of all citizens, introduces the important notion of integration for the first time in the city’s history. It enables a whole array of projects and targeted actions to take place, such as a broad alliance for integration, which in addition to bringing all different nationalities into the picture, provides the city parliament with guidance on intercultural questions.

Respect, acceptance and mutual appreciation will also be the focus of new initiatives, such as an intercultural gardening project, several cultural events and anti-racism actions, aimed at making Neumarkt a more interculturally aware city each day. 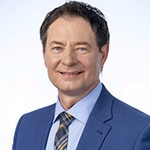