Getxo is a coastal municipality in the metropolitan area of Bilbao (Basque Country) with foremost residential character, an economy based on services and determined for the strategic development of tourism, welfare, health and a cultural and creative industry.

Until 2003, the foreign community was represented by deeply rooted European communities (from Germany, France, Italy and Great Britain origin). The arrival of non-communitarian countries commenced parallel to that in the rest of Spain in 2003 and is since then gradually and sustainably growing. At the moment, almost 10 % of the population of Getxo was born abroad, mostly in third countries. The Latin-American community is the most significant, although there are also notable Filipino, Romanian and Moroccan collectives. It is remarkable and characteristic that the majority of those migrants are females (60 %) and comparably young.

In 2004 the Union for Immigration and Interculturality was founded with the task of transversal intervention and municipal counselling in topics of immigration and diversity management. Additionally, the Getxo city hall participates since 2004 in the network of Municipal Reception for Foreigners promoted by the Directorate for Immigration of the Basque Country. Since 2011 it is also part of the network of Intercultural Cities on the state level.

The city has formally adopted a public declaration – approved unanimously by all parties in the city council assembly – in which it defines itself as an Intercultural City and commits to approach the principal joints of institutional politics to manage diversity. The Legislature Plan 2012-2015 takes upon this allegorically:  “Consolidate a strategy for an Intercultural City, based on the acknowledgment of diversity, the promotion of interaction and contact between natives and foreigners, political and social participation and the prevention of discrimination in all domains of the city.”

AUZOLANA - Community Support for the shelter of refugees

Getxo “For diversity against discrimination”

Activity in progress since September 2017 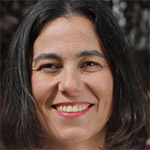