In 50 years, the city transformed from an agricultural town of 2.908 inhabitants (1960) to a city with a population of 200.705 in 2014. Its main economic activity are within the industrial and the service sectors. It is based on small and medium enterprises and numerous industrial areas that make the city an economic motor of Madrid.

Fuenlabrada is working since more than 10 years in favour of Interculturality: in 1999 the municipal service on migration was initiated. In 2001 begun an integral strategy in the city council with the First Plan for Intercultural Coexistence and Solidarity. At this time, the forum for Social Integration of the Immigrant (1999) was created, as well as the Conferences of Awareness raising against Racism and Xenophobia (from 1999 onwards). Later, the Second Plan for Coexistence (2006-2009) was elaborated, which was able to include a large number of municipal departments (13) and represented an important effort of transversality. At the moment, it is planned to initiate a Third Plan for Coexistence.

Fuenlabrada has participated together with other city councils on a European program to support initiatives that fight racism and xenophobia, like the “Anti-Rumours” project and continues to do so, conducting campaigns of municipal awareness raising in order to keep contributing to best cohesion in the municipality.

Thanks to all of these efforts, an important network of citizen participation exists with more than 400 registered entities, among them more than 60 immigrant or pro-immigrant organizations.

In 2013, the Fuenlabrada city council received, together with other nine Spanish municipalities, the PREMIO, a prize for best practices and experiences in integration of immigrants, awarded to projects financed by the European Social Fund and the Ministry for Employment and Social Security. It was destined at the activities that were developed by the department of social welfare: Intercultural coexistence with families of distinct nationalities; and work in the area of reception and integration. 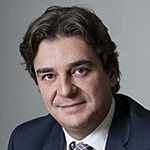