The town of Fermo, recently the fifth capital of the province of the Marche, has a total of inhabitants (ISTAT data referred to 12/31/2009) referred  to 18.292 males and 19.542 females. Fermo has always  got  the vocation of being a welcoming city, both for its historical culture and for being  a cultural  centre of exchanges on the Adriatic coast.  The instruments the city has to reply to this vocation are manifold and are being consolidated and refined over time. Fermo is also welcoming to foreigners so many of them have decided to live there firmly. In its territory there are many citizens from 90 different nationalities for a total of 3,362 inhabitants (1.643 males and 1.719 females). The main nationalities represented are Romania (621 residents), Albania (462), Morocco (331), China (259) and Poland (212). There is a significant  female presence  in the territory: foreign women represent are 8.8 % of the total number of  female citizens and 51,13% of the whole people. Another important aspect is the presence of foreign minors who are 11,93% of children population and 22. 49% of foreign citizens.

Implemented for two months, from January to February 2018 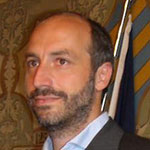