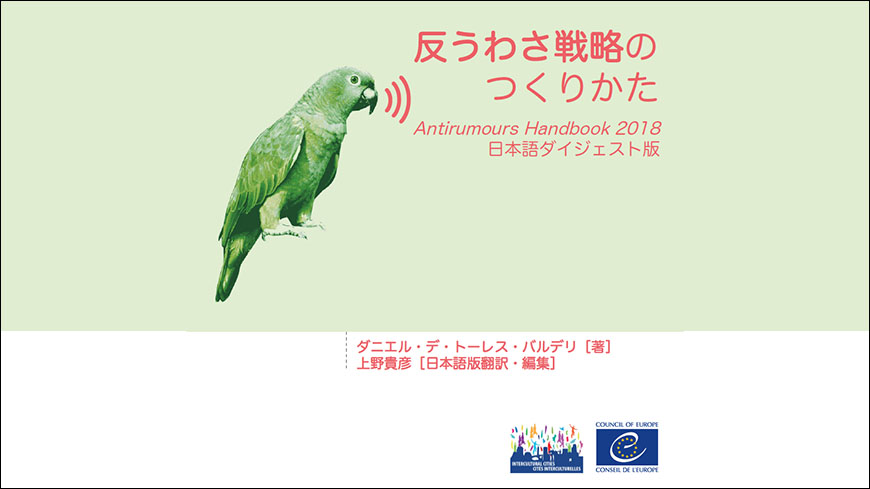 After the release of the English, French, Spanish, Italian, and Portuguese versions of the Anti-Rumours Manual, the ICC ais pleased to announce the launch of the Japanese version.

For this reason, the ICC has developed an Anti-rumours Manual as a tool that cities and other stakeholders can use to ensure the proper and harmonised implementation of the standardised/certified Anti-rumours methodology. The Manual includes an evaluation guide, as well as a set of examples of best and innovative practices, chosen after the mapping of the anti-rumours projects run so far. The Japanese version is a shorter edition that has been translated by Mr Taka (Takahiko) Ueno, independent expert and Phd. Student in the Graduate School of Social Sciences in Hitotsubashi University (Tokyo, Japan).