The Committee on Anti-Discrimination, Diversity and Inclusion (CDADI) is holding its sixth meeting 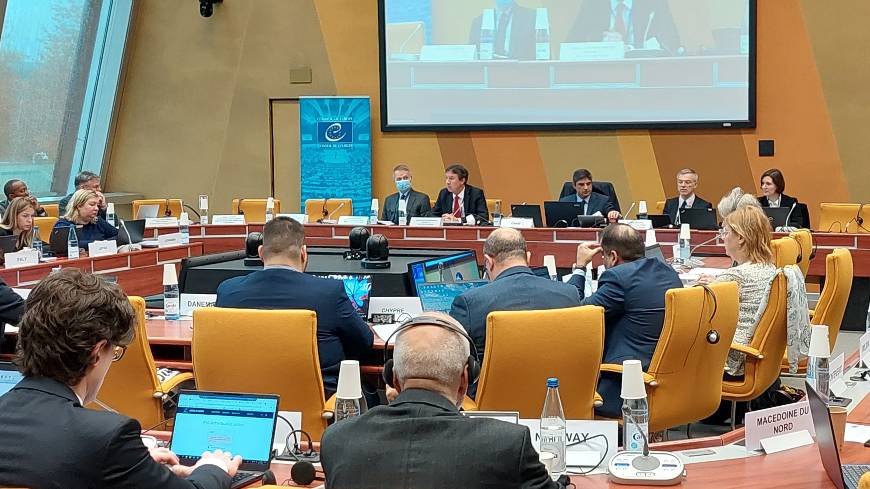 From 29 November to 1 December 2022, the members, participants and observers of the Committee on Anti-Discrimination, Diversity and Inclusion (CDADI) will meet to advance its work as foreseen in the 2022/23 terms of reference, and to consider a number of deliverables prepared by the Committees of Experts on Roma and Traveller Issues (ADI-ROM), on Hate Crime (PC/ADI-CH) and on Intercultural Integration of Migrants (ADI-INT).

Among many other deliverables, the CDADI will also consider the ADI-INT’s Capacity building programme for migrant integration supporting the implementation of Recommendation CM/Rec(2022)10; the ADI-ROM’s thematic report on legislation and policies relating to begging with a special focus on children; and its Mid-Term Review Report on the Implementation of the Strategic Action Plan for Roma and Traveller Inclusion.

Georgia Wolff, Chair of the GT-ADI-SOGI, will present the progress made with the implementation review report on CM/Rec (2010)5 on the topic of the Right to life, security and protection from violence: combating SOGIESC-based hate crime across Europe, and will also present a background document towards a CM Recommendation on the equality of rights of intersex persons.

A draft study on the impact of artificial intelligence, its potential for promoting equality, including gender equality and the risks to non-discrimination will also be presented and discussed.

There will also be an exchange of views to evaluate the activities of the CDADI and its contributions to the achievement of the UN Sustainable Development Goals, and to advise the Committee of Ministers and the Secretary General on the future priorities in its sector.

Finally, the CDADI will be asked to elect a new Chair, Vice-Chair and Bureau members, as well as Rapporteurs on the rights of persons with disabilities, children and young persons.

Agenda of the meeting