Study visit on the “Prevention of radicalisation through Intercultural Policies” 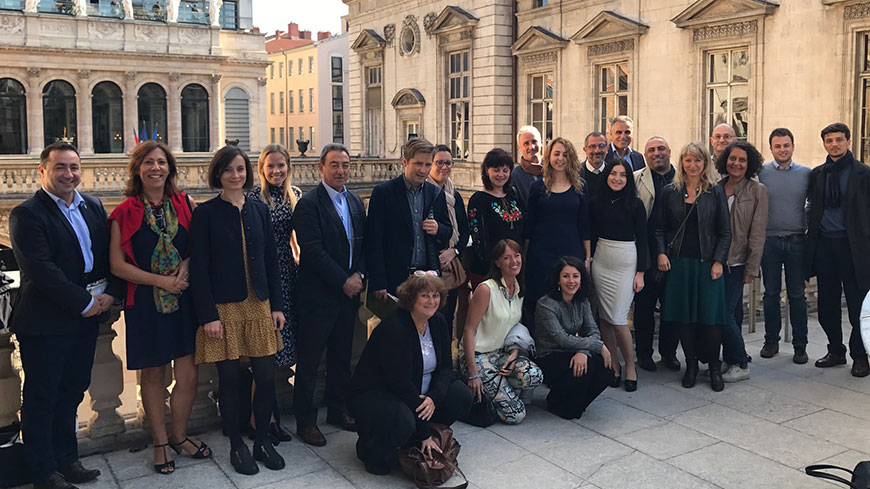 Intercultural  cities’  policies  aim  to  ensure  the  conditions  that  enable  individuals  and  groups  to  live together  in  their  diversity,  by  promoting  opportunities  and  positive  interactions  which  build  trust and break down divides. However, Europe is more than ever divided about the key principles of migrant and refugee integration, particularly following a series of terrorist attacks that have – in some cases - fuelled authoritarian populist speech and triggered greater restrictions of fundamental freedoms on security grounds. In this context, Intercultural cities have to juggle with the constraints related to securing the territory and the need to open up the public space to facilitate interaction between communities. In order to learn from each other’s experiences, the cities member of the ICC network decided to engage in a study visit to discuss the prevention of violent extremism and radicalisation.

The study visit took place on 18 and 19 October in Lyon, and aimed at showcasing the city’s approach to current dilemmas, and bring examples of how  the  intercultural  integration  approach,  through  education,  culture,  mediation  and  conflict prevention,  can  help  mitigating  growing  fears  of  terrorism  and  radicalisation. It also stimulated a reflection on the role that the actors of the local level in intercultural cities can play in preventing violent extremism and long-term radicalisation. Among the conclusions, the participants highlighted the following main principles: