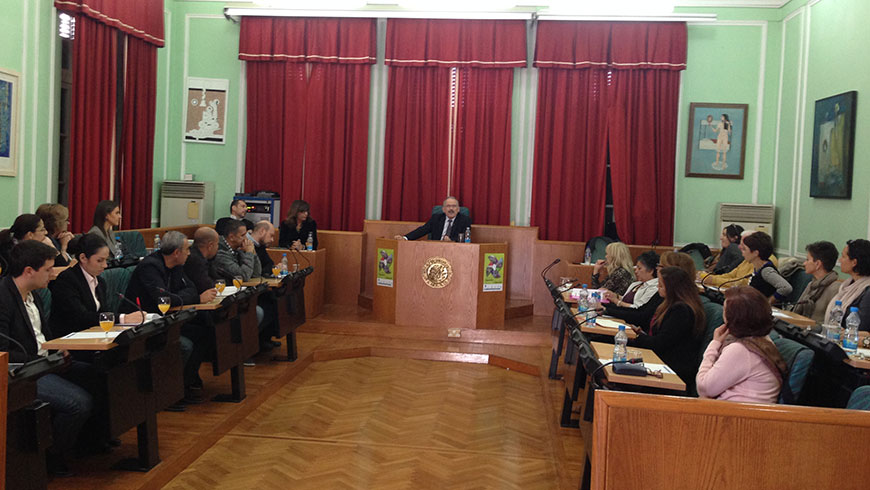 Adopting the good practices from the Council of Europe project “Intercultural Cities” and through the funding from the EU Asylum Migration & Integration Fund, the Municipality of Limassol has decided to form a consultative body composed from both Cyprus citizens and migrants’ living in the city, under the title “Limassol Intercultural Council”. The Council will have an aim to advise local authorities on the problems of the integration of migrants and their active participation in the public life. The Council started its Preparatory activities in October 2017 through series of preparatory, open for public, brain-storming meetings held in the Papadakeio Municipal Music School.

On Thursday 23rd November 2017, in the Limassol City Hall, the Intercultural Council had its fourth meeting, presided by the Mayor of Limassol, Mr Nicos Nicolaides, with presence of the Municipal Council member Mr Neophytos Charalambides and Municipal administration staff. Chairing the meeting, the Mayor of Limassol, welcomed the members emphasizing the social changes in recent years throughout Europe and Mediterranean and therefore the need for a structured dialogue among the migrants’ communities and local authorities, as well as the other public and private stakeholders. He emphasized the intercultural character of Limassol, presenting the cultural and ethnic diversity of its inhabitants as a strength and resource for its further development.

The 20 members of the Intercultural Council, representing wide range of communities, social and religious groups, NGOs, but also the labor unions and diplomatic bodies, presented to the Mayor a number of problems detected, in the fields such as education, public administration, culture, housing, parenting, youth, labour, health and media.

Promising every possible support in further work of the Council, Mr Nicolaides introduced the plans for a joint plenary session where the members of the Municipal Council and Limassol Intercultural Council would coon jointly announce the Intercultural Declaration of Limassol and a comprehensive Intercultural Strategy of the city for the forthcoming years.