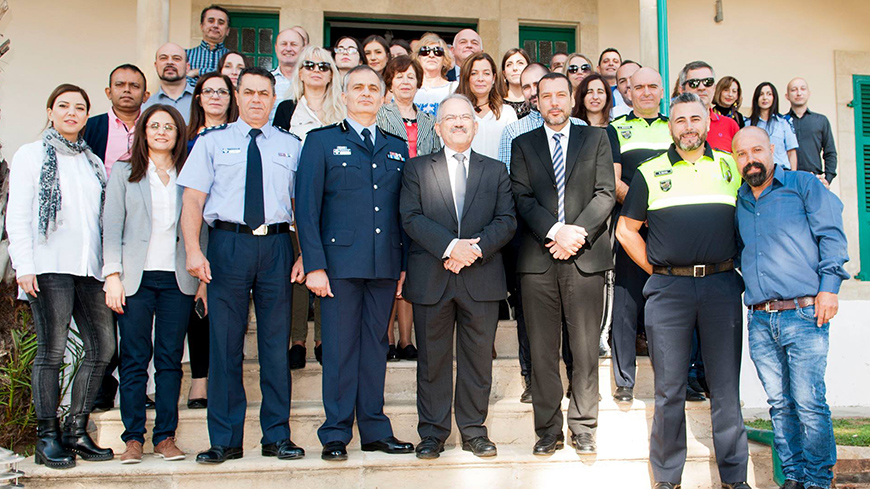 Limassol Municipality, through its Intercultural Council and in cooperation with the Council of Europe and the Cyprus Police, successfully carried out a 3-day event on Intercultural Policing on 13th to 15th November 2018. The three-day workshop was held in the framework of implementing the Limassol Intercultural Strategy for the period 2018-2020.

The opening of the three-day event was welcomed by the Mayor of Limassol, Nicos Nicolaides and the Assistant Chief of Police, Mr. Andreas Koussioumis, on behalf of the Chief of Police, Mr Zacharias Chrysostomou. About thirty Police officers and representatives of communities living in Limassol as well as other public life stakeholders participated in the workshops and interacted with four officials from the Community Police in Lisbon, Madrid and the city of Fuenlabrada (Spain). During the workshops, the methods and good practices of Intercultural and Community Police in their cities were presented. Meetings were also held between the visiting officers and various departments of the Cyprus Police, the Limassol and Germasogeia Municipalities and members of the Limassol Intercultural Council.

The Limassol Intercultural Council was established in September 2017 and more than 40 members, migrant communities, other civil society organizations, diplomatic representations, educational institutions, local authorities and workers' unions are involved. It is the consultative body of the Municipality of Limassol for issues concerning migrant communities living in the city of Limassol.

This activity has been funded by the Council of Europe and the European Asylum, Migration and Integration Fund and the Republic of Cyprus as part of the project "Limassol – one city, the whole world" (local integration programs).