Initiatives of the City of Montreal during the COVID-19 crisis 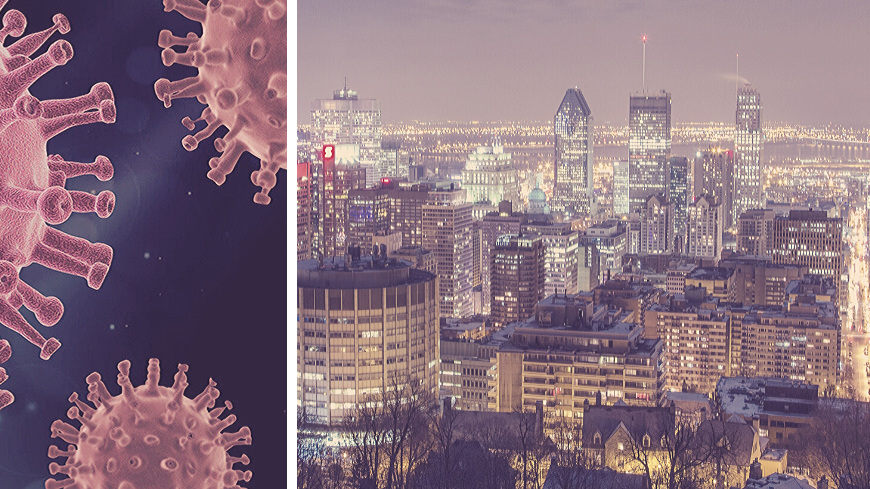 Despite the current media coverage of the Covid-19 health crisis, there still seems to be some challenges in terms of sharing and disseminating information to the various ethnocultural communities. The accuracy and correctness of the information that is circulating is also at stake. The city has therefore started developing an outreach campaign to disseminate essential information on the current situation to ethnocultural communities and immigrants by various means adapted to this target group.

Four communication themes have been identified

Factsheets will be developed with information on all these topics and translated into more than 10 languages. This information will be transmitted via the networks that are present in different ethnocultural communities in order to reach the targets. Recorded messages explaining public health instructions in several languages will also be broadcastrf on ethnic community radio stations. The organization Diversité Artistique Montréal is also preparing video clips with its members from several ethnocultural communities that will be broadcast on social networks.

Shelter for the homeless and food distribution

Since the declaration of a state of health emergency in metropolitan Montréal, many housing and respite resources for people who are homeless have closed their doors or limited their services to comply with public health prevention guidelines. For example, the Old Brewery Mission had to cut 300 of its 1,000 beds.

After having set up temporary shelters and outdoor day centres in parks and public squares, the City of Montreal is now working to provide stops to allow people who are homeless to find some warmth.

A first stop was opened in the lobby of the Grande Bibliothèque.

Montréal has also opened temporary shelters and deployed sanitary facilities in five parks, where community organizations welcome homeless people. These have been called "day centres". Meals are served there every day, as well as coffee and snacks.

The City of Montréal has also opened several new centres so that homeless people can sleep in a place that respects the guidelines for social distancing promulgated by public health. Approximately 100 beds have been set up in the former Royal Victoria Hospital to receive the oldest vulnerable people infected with VIDOC-19. The Hotel l'Abri du Voyageur, was set up on Sunday to accommodate homeless people awaiting test results from VIDOC-19.

In addition to these accommodation sites, the City will add a mobile canteen to reach homeless people in the outlying boroughs downtown.

An emergency fund was created by the City of Montreal in collaboration with Centraide of Greater Montreal, a philanthropic organization that collects donations from the population to support a vast network of community agencies. Since its creation in April, the fund has raised $7 million. It will enable the rapid implementation of measures aimed at the isolated and vulnerable population of Greater Montréal, which is even more so since the implementation of containment measures in the context of the COVID-19 pandemic.

The Emergency Fund will aim to give priority support to resources, both regional and local, that meet basic needs, such as food aid. It will also strengthen the capacity of the listening, support and referral services.

1. Establishment of a regional crisis unit

A regional crisis unit brings together the key players (health, community and City of Montreal).

- This crisis unit has produced a detailed portrait of the situation of food security organizations.

- Deployment of an interactive map of available food services.

The City of Montréal and the boroughs have also contributed some of their employees to support the regional distribution centre and local food banks.

In anticipation of growing demand, and considering that several services have been closed or reduced by the crisis, initiatives are underway with the organization La table des chefs and the Collectif des entreprises d'insertion du Québec to increase meal production.

The Cyclistes solidaires pour la sécurité alimentaire network is a spontaneous and voluntary mobilization of Montreal cyclists to support community and social economy organizations in delivering food and other basic needs to people considered "vulnerable". More than 300 people responded to the call.

Government authorities have asked seniors to remain confined to their homes as they are more at risk and vulnerable to COVID-19. In this context, the City of Montreal, in collaboration with the Direction régionale de santé publique, wants to prevent psychosocial and health problems related to COVID or social distancing measures, particularly among seniors who are socially isolated or in vulnerable situations. The City of Montreal and the Direction de santé publique have launched an automated call project aimed at people aged 70 and over, 225,000 people in Montreal. The seniors reached will be able to report to 2-1-1 (a referral centre for community and health resources), where a trained team will ensure follow-up according to an established protocol.

General objectives of the intervention :