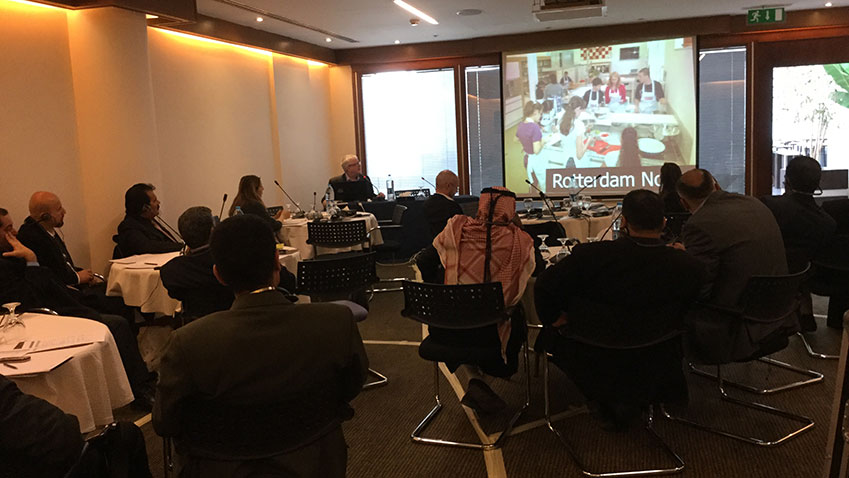 A meeting was held in Amman (Jordan) on 1st February with representatives from 11 interested cities in Jordan, as well as managers of the Ministry of Municipal Affairs to discuss the possible involvement of Jordanian cities in the Intercultural Cities programme, with the support of the South programme II, a joint action of the Council of Europe and the European Union.

The issues discussed in the meetings were strongly based on front-line problems occurring in cities that receive Syrian refugees. Some of the issues identified were: the need of public spaces, prevalent resentment attitudes & citizenship values, lack of respect for local traditions, rise of crime & drug dealing, lack of branding and media coverage for social programs.

The meeting has been the occasion to address the high expectations of the cities on a number of issues that are not among the direct objectives of ICC (housing, waste management…) and to stress that the intercultural approach can only have an indirect and long-term impact on these.

As a result of the meeting, a new tool for the cities to map their assets (physical, equipment, land, skills, attitudes, etc.) is being developed with the support of some experts (both from Europe and Jordan) and will be the basis for the next visits.

The need for a serious anti-rumour work has been raised, as the social tensions and resentment attitudes are growing within the population, exasperated by rising prices, jobs loss and structural pressure on education system, health system, etc.

Next steps will be the organization of expert visits, as well as the participation of local coordinators at the meeting co-organised by the ICC and ECRE on Refugees and Social Innovation (Brussels, June 2016).