Connecting Cities During the COVID Crisis: Challenges and Opportunities for ICC 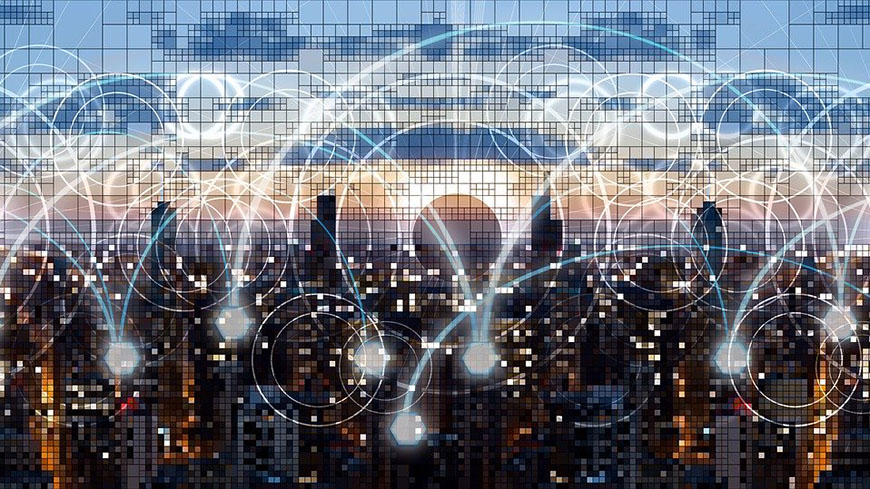 The notion of “connectivity” generally refers to developments in the fields of transportation and communication. But in the context of the current global health crisis, connecting with each other across physical and social distances has become a source of increasing interest and concern, especially for professionals and researchers who are active in international networks such as ICC.[1]

Initiatives across the ICC network

At a recent online meeting held in April 2020, members of the ICC network called attention to a number of important issues faced by cities as they attempt to respond to the basic needs of residents while at the same time planning for the future.[2] There was discussion about basic services such as food, housing and schools. Several city representatives talked about their efforts to evaluate the impact of the virus and the lockdown, especially with regards to difficult issues such as access to public services and the recurring problem of hate speech.

There was also some attention given to the question of language, more specifically how cities can ensure that newcomers and refugees have access to accurate and up to date information about the crisis in a form that is understandable to non-native speakers, an issue which has been of concern to those who participate in the “Yasashii Nihongo” (‘plain Japanese’) movement in Japan.[3] Local governments in Japan have long used plain Japanese to communicate with foreign residents[4], and now the Japanese government is preparing guidelines on the use of plain Japanese for government organizations.[5]

In informal discussions about the way that cities are responding to crisis, we have noticed a great deal of variation, not only with regards to cities’ response to the pandemic, but also in terms of online networking activities among cities. Some cities have been intensifying their networking activities and others have become more isolated. This is due in part to the fact that not all cities have access to the tools and resources (human, financial, technical) that make online networking feasible.

ICC has played a key role in terms of consolidating information about the coronavirus, calling attention to city-based initiatives among its members. ICC national networks like the one in Spain and in Ukraine have been organizing online meetings to share information and facilitate collaboration between member cities. The REMIRI network in Québec (Canada) has been meeting on a weekly basis since mid-March and has organized co-learning activities on a dozen or topics of interest to the networks’ members.[6]

The April meeting ended with a series of questions about how cities, especially those involved in national and international networks, should think about connecting with each other in the months and years to come. How does the coronavirus change our relationship to each other as members of the ICC network? And what is the impact of online meetings on our networking activities? Will it bring us closer together or will it create more distance?

It may be that the current situation has the potential to bring us closer together. The use of online meetings could lead to an increased number of cities outside of Europe becoming interested in joining the ICC network, especially in countries that have already shown interest in participating from further away, such as Japan, Korea, Australia, Canada and Mexico.

One issue of particular concern to ICC members who participated in the meeting was the question of environmental impact. A number of concerns were expressed about the practice of long-distance international travel to attend ICC meetings, not only in terms of the time and money this requires, but also the impact of these international meetings on global warming. Virtual meetings are easy to organize, they are much less time-consuming and less expensive, but we know that face-to-face encounters offer certain advantages in terms of co-learning and more meaningful interactions.[7]

The question of our global footprint as a network is one that needs to be explored by ICC and its members, especially given our common interest in issues having to do with mobility and environmental sustainability. As ICC expands its network, especially in various regions of the world outside of Europe, these dynamics of proximity and distance will be a matter of vital concern to the people who organize and participate in the network.

[2] COVID-19 Challenges and opportunities for intercultural local authorities, publication of the meeting report

[3] In fact, “Yasashii” has two meanings, “easy to understand” and “compassionate” or “caring”.

[4] In the wake of the 1995 Kobe earthquake, researchers observed that a disproportionate number of foreign residents lost their lives in relation to the general population of Japan. It is believed that these deaths could have been much less if foreign residents had access to the appropriate information about the earthquake.

[5] For the recent development of plain Japanese, see Communicating with foreign residents in 'plain Japanese'

[7] Recent research has shown how the use of Zoom and other video-conferencing platforms can lead to what has been referred to as “zoom fatigue” (The reason Zoom calls drain your energy).