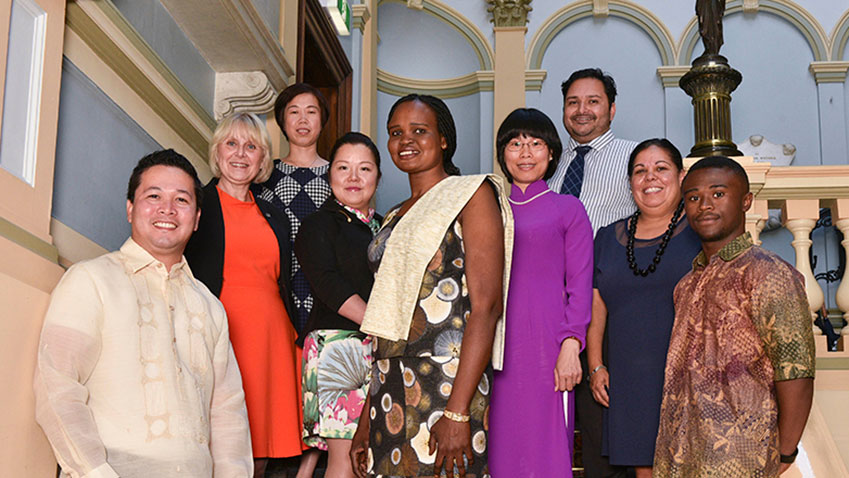 Ballarat’s ongoing work to make the city a more culturally diverse and welcoming place has resulted in it becoming the first city in Australia to join the Council of Europe’s Intercultural Cities Network.

Membership of the Intercultural Cities Network brings a number of benefits including access to information on proven approaches that help translate increasing levels of cultural diversity into economic, environmental, social and cultural benefits.

In June 2016, as a precursor to membership, the City of Ballarat was invited to make a self-assessment of its intercultural practices to benchmark against 100 other ‘Intercultural Cities’ around the world.

The City of Ballarat has a strong focus on developing and embracing cultural diversity; in 2009 it adopted its first Cultural Diversity Strategy, based on a commitment to developing intercultural relationships between Australian-born residents and people who have moved here from other countries.

In recent years, the City of Ballarat has developed a number of programs which foster inclusiveness and provide increased opportunities, including the award winning Multicultural Ambassador Program, and the CALD Education and Employment Pathways Program. Other initiatives include Ballarat’s status as a ‘Refugee Welcome Zone’, support of the ‘Racism it stops with me’ campaign and the ‘Welcoming Cities’ movement.

Council’s Intercultural City Action Plan 2017-2021 is currently being developed; it will emphasize:

Most recent available figures from the Australian Census (2011) show that of Ballarat’s population:

Council December 14 meeting to take up membership of the Intercultural Cities Network.