A comprehensive policy approach for intercultural integration at the national level 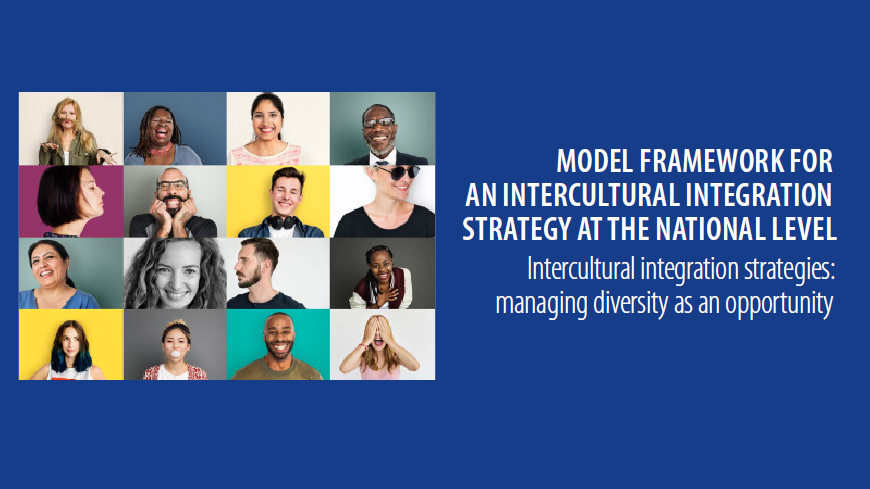 The Model Framework for an intercultural integration strategy at the national level, adopted in June 2021 by the Committee on Anti-Discrimination, Diversity, and Inclusion (CDADI), is now available in English and French in fully edited form.

Developed by the Working Group on Intercultural Integration (GT-ADI-INT), the purpose of the Model Framework is to guide national policy practitioners in their efforts to design integration policies which help build inclusive and cohesive societies.

The document is a source of inspiration and ideas underpinned by a wealth of experience, evidence and good practices gathered across all levels of governance thanks to the multilevel composition of the GT-ADI-INT, the first intergovernmental working group bringing together national and local authorities.

The main sources on which the Model framework is based on are:

The Model Framework also shows how all policy areas can contribute to achieve successful integration, benefit from the diversity advantage, and promote more inclusive societies, especially if these are coordinated through a multilevel approach, involving the cooperation across all levels of governments. Finally, a detailed matrix puts forwards a large number of examples how the principles of intercultural integration can be translated into policies.