20 June is the World Refugee Day: we need your words! 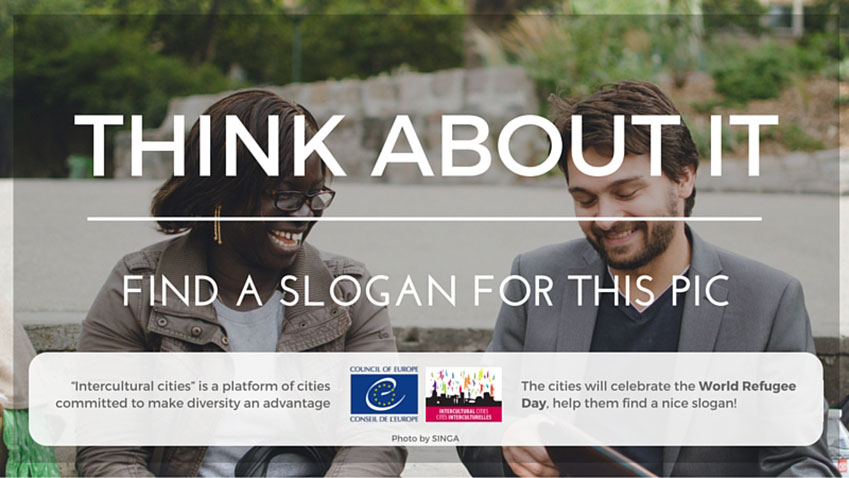 On 20 June countries around the world organise events to raise awareness about the millions of refugees and internally displaced persons who have been forced to flee their homes due to war, conflict and persecution.

The Intercultural Cities (ICCs) are working hard on ensuring inclusive integration and equal rights and opportunities for the people that chose Europe as host continent, after being uprooted because of conflicts and instability in their own countries.

This year, the 99 cities which are member of the Intercultural Cities network are called to jointly celebrate the World Refugee Day through a dedicated campaign based on the diversity advantage concept (at heart of the Intercultural integration policy model) that implies considering migrants as a resource for local economic, social and cultural development, rather than threat or a burden for the host society.

Help them find a slogan for the campaign!

Get inspired by the pictures below and by those we are posting on our Facebook and Twitter pages, then send us your proposals in English!

1. You can reply to our posts on social media or send us a message on Facebook and on Twitter, or;

2. Send us a mail at the following address: [email protected]

We will collect them until June 16 and the best ones will be translated into local languages and displayed on the campaign’s support materials.