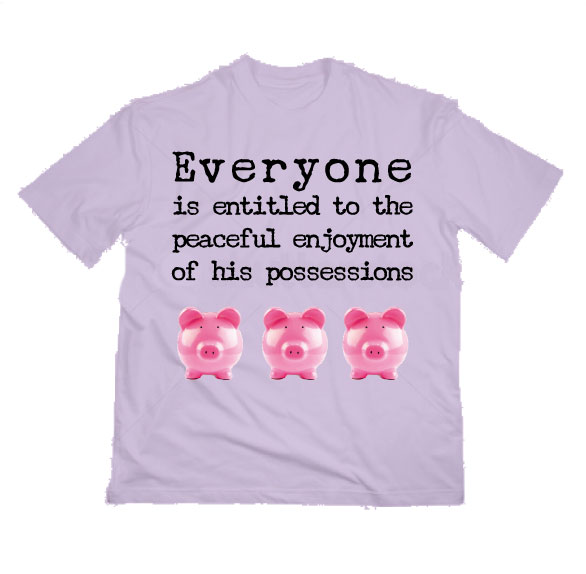 Article 1 of Protocol No. 1

Everyone has the right to own property and use its possessions. No-one shall be deprived of his property unless public necessity so demands. If so, the State must guarantee fair compensation. Presented as a natural right in 1789, but a source of intense controversies from the time of the French Revolution and even more so during the following century, this right had been excluded, after lengthy discussions, from the European Convention on Human Rights itself. The conflicting political conceptions of the right of ownership – an individual right having a social function – and the desire of States to have full freedom of action regarding economic questions, finally led to a compromise: insertion of a text that secured protection of property, not in the body of the European Convention on Human Rights but in the first Protocol thereto, signed on 20 February 1952.