The EUR-OPA Agreement has long contributed to and continues to support the global efforts on Disaster Risk Reduction, in particular the four priority areas of the United Nations' Post-2015 Framework to be adopted at the Third World Conference on Disaster Risk Reduction, 14-18 March 2015, Sendai, Japan: risk assessment, risk governance, resilience to and preparedness for disasters. 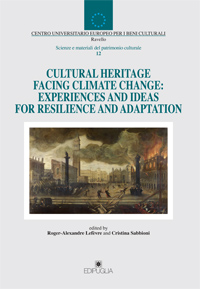 This publication follows the International Conference on Cultural Heritage and Climate Change, held in Ravello, Italy, on 18 and 19 May 2017. It includes contributions from scientific and governmental experts to address this issue, but also a political recommendation as well as guidelines for governments, other institutional actors, NGOs and experts on on how to better integrate climate change considerations and prevision in the protection and maintenance of cultural heritage. 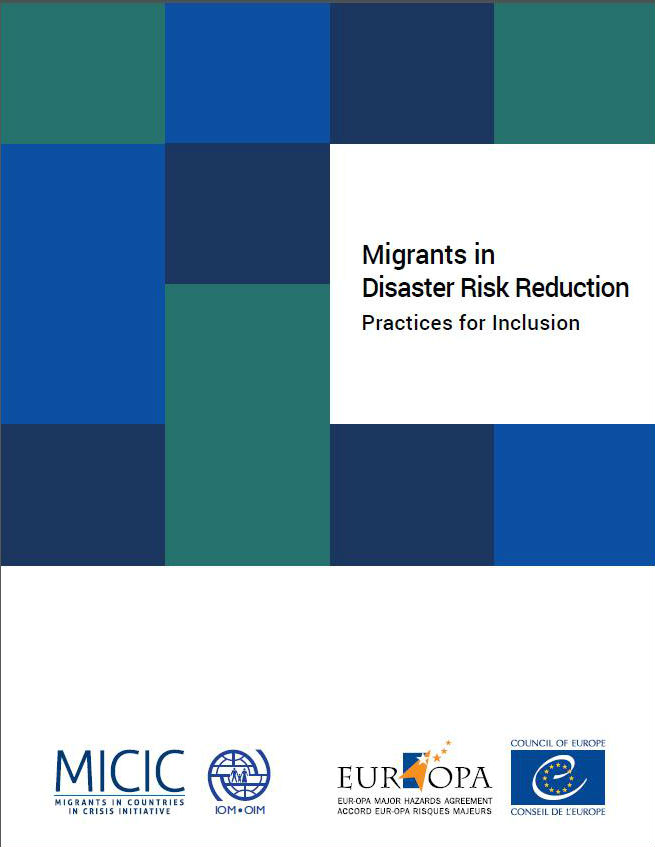 Migrants in Disaster Risk Reduction Practices for Inclusion
May 2017

This publication presents experiences from researchers and practitioners from a variety of geographical contexts. It aims to highlight the importance and benefits of, as well as options for, integrating migrants into decision-making, policy-setting and implementation of disaster risk reduction initiatives.
This publication builds upon the knowledge and experiences gathered through the Migrants In Countries In Crisis (MICIC) Initiative, a global state-led process for which IOM has been serving as Secretariat, and the Council of Europe’s EUR-OPA programme on “Migrants, asylum seekers and refugees in the context of major risks prevention and management”.

ards and People with Disabilities. Their Involvement in Disaster Preparedness and Response
July 2014

The main objective of the report is to identify key trends in terms of progress made and challenges faced at both national and regional levels through the implementation of the Hyogo Framework for Action (HFA) 2005-2015: Building the Resilience of Nations and Communities to Disasters in Europe between 2011 and 2013 and to compare progress made, lessons learned and challenges to overcome as compared with those reported in 2011 and in 2009. 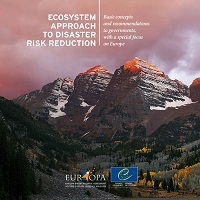 The goal of this publication is to develop a more robust understanding of ecosystem-based approaches to disaster risk reduction (DRR) and climate change adaptation (CCA) in the European context, including the economic rationale, tools and practices, whilecontributing to the growing literature on this subject. It is the fruit of the Council of Europe’s participation in the Partnership for Environment and Disaster Risk Reduction (PEDRR), a partnership of 14 international organizations and NGOs, working together to promote the role of ecosystems for DRR.

This brochure wishes to present some of the work developed over the 25 first years of existence of the EUR-OPA Agreement. It also recognises the great input, enthusiasm, expertise and sound science that both the network of Specialised Centres and the Permanent Correspondents has brought to the Agreement, the positive synergies between policy makers and scientists being at the heart of the success of the Agreement.

Following the invitation of the Parliamentary Assembly of the Council of Europe in accordance with its Recommendation 1862 (2009) to prepare an ethical charter on resilience to major disasters, the Committee of Permanent Correspondents of the European and Mediterranean Major Hazards Agreement (EUR-OPA) has decided to prepare and adopt a text identifying ethical principles with a view to contributing to disaster risk reduction.

This study aims to analyse climate related disasters risk reduction governance in the European context. There is a particular focus on the flow of information from researchers to policy makers and the way in which the decision-making process in climate adaptation and risk reduction is commonly managed. The study confines itself to Europe and looks into practical cases of European regional and national adaptation strategies. It also investigates specific projects and initiatives addressing Climate Change Adaptation (CCA) and Disaster Risk Reduction (DRR).

Implementing the Hyogo Framework for Action in Europe: advances and challenges 2009-2011
2011

The main objective of this report is to identify key trends in terms of progress made and challenges faced, at both national and regional levels, through the implementation of the Hyogo Framework for Action (HFA) in Europe from 2009 to 2011. It also compares progress made, lessons learned and challenges to overcome with those reported in 2009.
This review includes elements based on reports received from countries and regional organizations that responded to the HFA monitoring requirements by providing national reports and information on regional bodies. 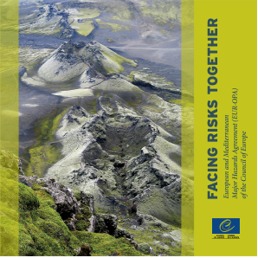 "The booklet attempts to set out some of the recent achievements of the EUR-OPA Agreement and the direction in which it will henceforth be moving, always guided by the idea that the suffering caused in our societies by disasters can in fact be considerably reduced in future through prevention policies and activities", Eladio Fernández-Galiano, Executive Secretary to the European and Mediterranean Major Hazards Agreement (EUR-OPA) 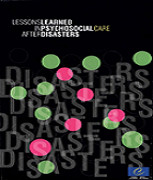 The book presents examples of good practices of psychosocial care after a disaster. The book was prepared in collaboration with the European Federation of Psychologists' Associations (EFPA).

Implementing the Hyogo Framework for Action in Europe: advances and challenges 2007-2009
2009

The main objective of this report is to identify key trends in terms of progress made and challenges faced at both national and regional levels through the implementation of the Hyogo Framework for Action (HFA) in Europe between 2007 and 2009.
This review includes elements based on reports received from countries and regional organizations that responded to the HFA monitoring requirements by providing national reports and information on regional bodies. The countries are: Armenia, Bulgaria, Croatia, Czech Republic, FYR of Macedonia, France, Germany, Hungary, Italy, Montenegro, Norway, Serbia, Slovenia, Sweden, Switzerland, Turkey, and the United Kingdom. 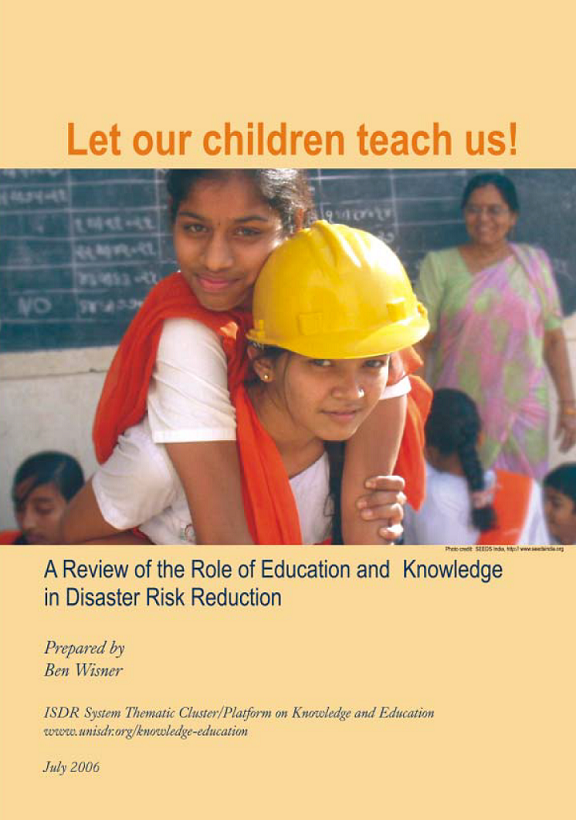 Publication of the International Strategy for Disaster Reduction of the United Nations which presents a review of the role of the education and the knowledge in the field of disaster risk reduction. 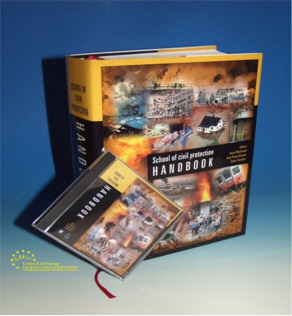 The Handbook was prepared in collaboration with the International Organisation for Migration (IOM). 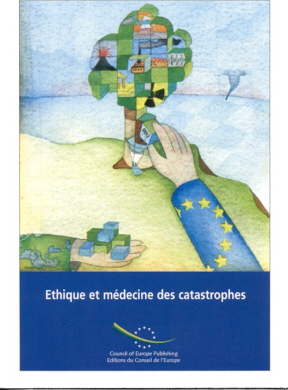 Summary – Regarding disasters situations (earthquakes, explosions, irradiations, attacks, etc) characterized by the inadequacy of means with respect to needs, doctors are confronted with significant human and ethical problems, linked to the emergency dramatic circumstances and needs. This interdisciplinary work describes the answers provided by international law, ethics and religious and agnostic morals to these questions.
After introduction by the authors, 89 real cases are analyzed by a dozen of specialists of the European Network "Medicine, Ethics and Human rights" participating to international level trainings in bioethics and human rights. This work, a pedagogical tool essential to trainings in disasters medicine, is addressed to persons in charge or to actors of rescue and to any person concerned with such situations.
If you are interested in this publication you can order it at Council of Europe’s Editions. 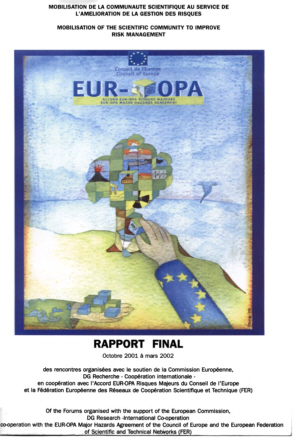 Mobilization of the scientific Community with the service of the improvement of the risk management
Final report issued with the support of the DG Research - International Co-operation, European Commission
October 2001 - March 2002

The end of the 20th century was marked by the occurrence of a significant number of major crises related to natural disasters: floods, storms, earthquakes, technological disasters (Tchernobyl, shipwreck of Erika) but also by the appearance of more insidious forms of risks such as those in the fields of health (AIDS) and of food (the "insane cow" crisis, the foot-and-mouth disease epizooty...). In response to these problems, international, European, national, regional and local decision makers are brought to take decisions based on the application of the "precautionary principle" itself resulting from scientific uncertainty concerning knowledge insufficiencies and gaps. More generally, it would be advisable to direct European efforts towards a reduction of scientific and technical uncertainty and to support communication between scientists and decision makers in a wish to help in decision-making in risk management. This must result in a "mobilization of the euro-Mediterranean scientific and technical community" to promote better knowledge and risk management.