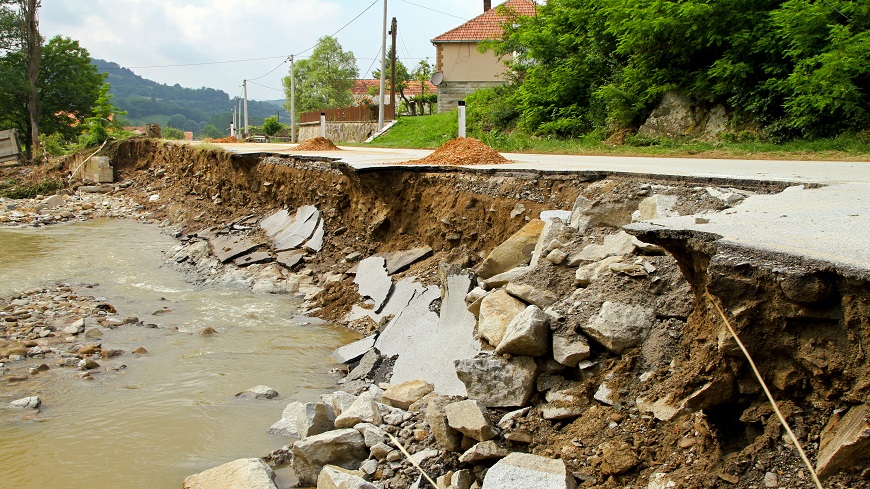 According to the International Organisation for Standardization (ISO), the risk would be defined as a "combination of the probability of an event and its consequences". Consequently, a potentially dangerous event, the HAZARD , is not transformed into RISK only if it applies to a zone where human, economic or environmental STAKES are in presence and this zone has a certain degree of VULNERABILITY.

Hazard, risk, stakes, vulnerability: what is the difference?

Hazard is characterized by its probability of realization (annual, decennial, centennial...) and its intensity (magnitude for seisms, height and speed of water for floods, bandwidth for landslides, etc.).

Risk is the probability that an accidental phenomenon produces in a given point of the effects of a given potential gravity, during one given period.

Vulnerability of a zone or a given point is the appreciation of the sensitivity of the targets present in the zone at a type of effect given (intensity of seism, volume of precipitations, concentration of toxic product, etc.). 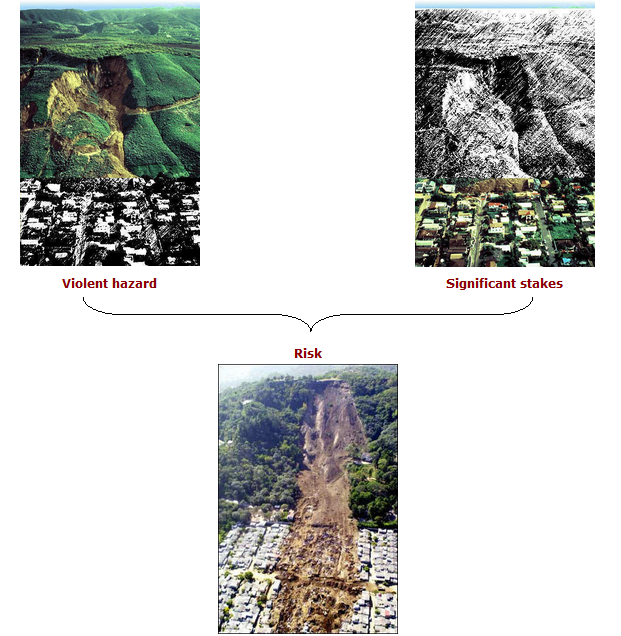 What about Major Risk?

In fact, the major characteristic of a risk is mainly given by the importance of the damage which it is likely to generate:

It is necessary for that to take into account simultaneously two types of damage:

MAJOR RISK would thus be characterized by the two following criteria:

Only two categories of phenomena can fully be associated to such description:

Natural risks, among which one can distinguish:

More information in our publication "Facing Risks Together"