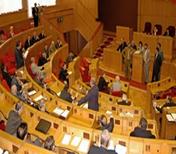 One of the positive findings of the previous study (see B. above) was that preparation for and management of crisis situations could be deemed a success thanks to a cross-sectoral approach and to co-ordination efforts. However, other findings were less positive:

At present these four components are brought together mainly at non-central levels (municipal, provincial, regional and so on), and it is at those levels that all the legal requirements apply, whether they be theme-specific (particular to a type of hazard) or cross-sectoral (aspects common to all hazards). That raises the question of the need for upstream co-ordination: do legally sound models of interministerial co-ordination exist that can be used to optimise hazard management?

To answer that question, four management models were examined (corresponding to the situations prevailing in France, Belgium, Russia and Bulgaria):

The study of these four models was confined to two types of risk (flooding and major chemical hazards) and was based on the previous study, supplemented by analysis of co-ordination, consultation and co-operation mechanisms. The resulting discussion paper includes:

One disadvantage of the tendency to specialise in a single discipline observed in recent decades is that it has led to compartmentalisation. However, that approach is now increasingly called into question. The first signs of change can be observed within each specialised field as co-ordination machinery is gradually put in place: co-ordination of planning, co-ordination of prevention, integrated policies on pollution and pollution control, etc. This shows a growing awareness of the need for more synergy beyond the individual components and specialist disciplines:

An interdisciplinary approach to risk: After years of specialisation, it is very difficult to make public officials look beyond their frame of reference, which is determined solely by the responsibilities vested in them. The same is true of scientific experts, who are unaccustomed to taking an interest in other disciplines. Simple intellectual curiosity is moreover soon discouraged, because the logic, methodologies and language used differ from one discipline to another.

The first step towards gradual implementation of a more comprehensive approach to risk management, encompassing strategy development, risk prevention, disaster preparedness and management and rehabilitation or the return to normal, is to make all the operators aware of their responsibility and role in a global effort that goes well beyond their own fields of competence.

Integrated multidisciplinary action that respects individual responsibilities: Mere mention of the idea of co-ordination often triggers defensive reactions, as it suggests a higher level of command, to which individuals would be subordinate. Co-ordination is the key to successful emergency planning and crisis management, but extending it to the other aspects of risk management is less axiomatic: other mechanisms must be found that offer the same advantages as co-ordination (complementarity of fields of responsibility) but without its disadvantages.

The concept of an integrated approach better reflects the underlying concern to preserve specialisation in a single discipline while fostering the various disciplines' incorporation in a coherent whole, consistent with respect for their specific dynamics and logic. This means setting up machinery to restore the chronological and functional links between the various components. Co-ordination is then just one of the many means of forging those links (alongside consultation, the exchange of information, formal or informal co-operation, etc.).