Multiple awards for Eurimages in Cannes! 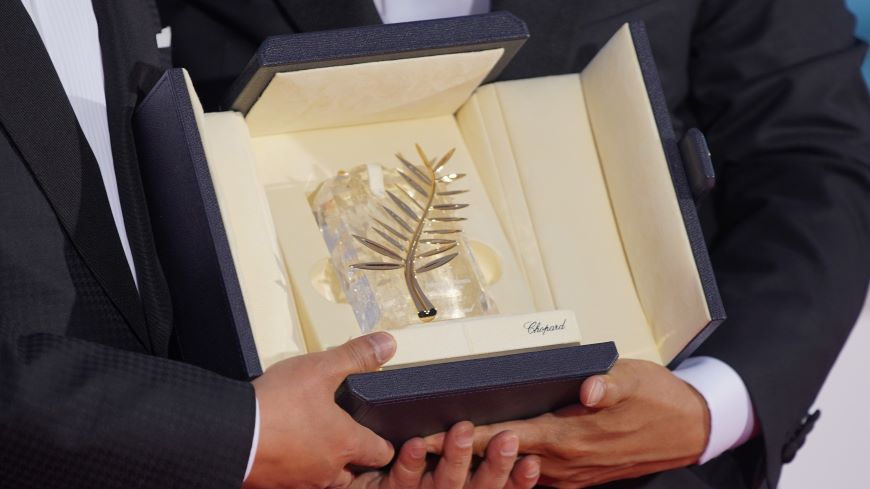 The Eurimages Fund won its 11th Palme d'Or on Saturday evening with the co-production TRIANGLE OF SADNESS / SANS FILTRE (SE, DE, UK, FR, DK) by Ruben Östlund. With a strong selection of 22 co-productions in all sections at the 75th Cannes Film Festival, the Eurimages Fund also saw the Grand Prize of the Festival (ex-aequo) being awarded to CLOSE (BE, FR, NL) a film by Lucas Dhont, the Best Screenplay Prize went to Tarik Saleh for BOY FROM HEAVEN (SE, FR, FI, DK), the 75th Edition Award to TORI ET LOKITA (BE, FR) by Jean-Pierre and Luc Dardenne and the Best Actress Award to Zar Amir Ebrahimi in HOLY SPIDER / LES NUITS DE MASHHAD (DK, DE, SE, FR) directed by Ali Abbasi.

In addition, the jury of the Un Certain Regard section awarded the Best Performance Award (ex-aequo) to Vicky Krieps in the co-production CORSAGE (AT, LU, DE, FR) by Maria Kreutzer and the Best Screenplay Award to MEDITERRANEAN FEVER (DE, FR, CY, PS) by Maha Haj, both supported by Eurimages.

A few days earlier, Zelda Samson was awarded the Louis Roederer Foundation Rising Star Award for the co-production DALVA (BE, FR) by Emmanuelle Nicot which was selected at the Critics Week.

The Eurimages Fund is delighted with the success of these international co-productions, all having benefited from its co-production support. The fund presents its most sincere congratulations to all the producers selected for this 75th edition of the Cannes Festival.