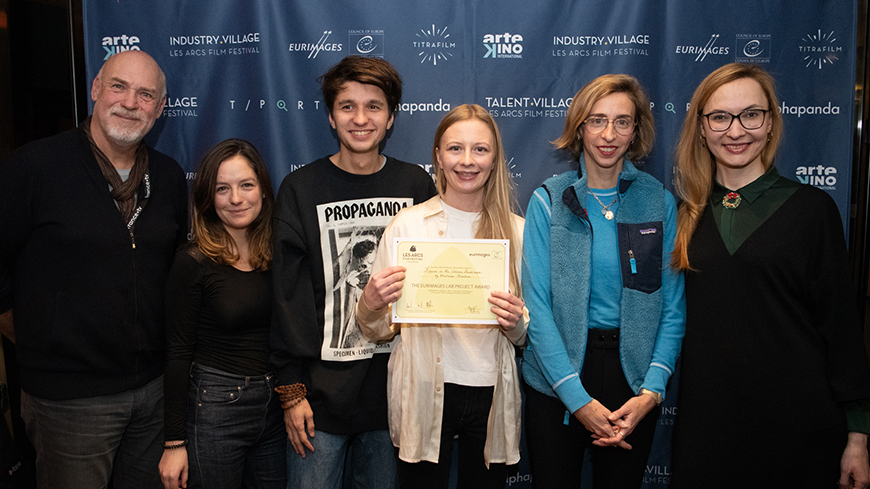 The Industry Village awarded its prizes last night in Les Arcs, notably by giving the last Eurimages Lab Award of the year 2019 to the documentary Figures in the Urban Landscape by Ekaterina Selenkina. This Russian project produced by Vladimir Nadein won over the jury composed of Mark Adams (Artistic Director of the Edinburgh International Festival), Mathilde Henrot (founder of Festival Scope, member of the selection committee of the Locarno International Festival) and Tara Maurel for Eurimages, for its "exceptional visual style and narrative technique". See press release.

The next Eurimages Lab Award will be given at the Karlovy Vary International Festival in July 2020. Season's Greetings to all of you! 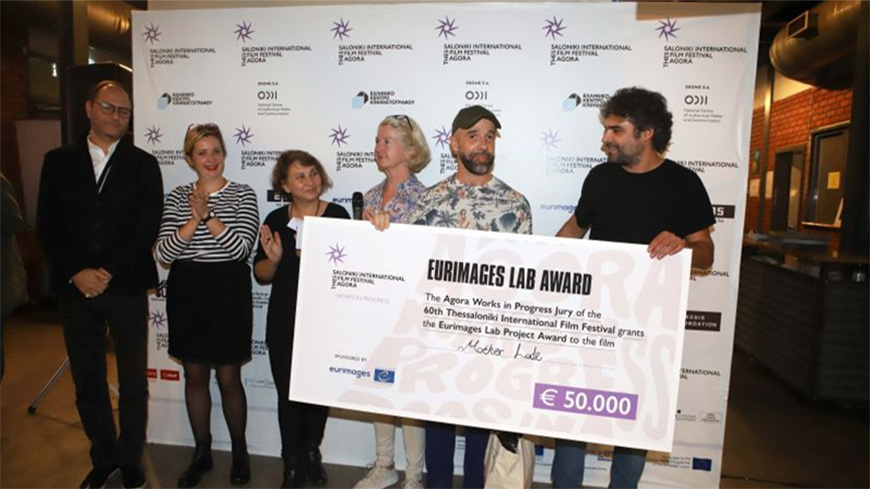 12-11-2019 - During the ceremony for the 60th anniversary of Thessaloniki's International Film Festival Agora Awards on Friday 8 November 2019, the Eurimages Lab Project Award of €50,000 went to the film Mother Lode directed by Matteo Tortone and produced by Alexis Taillant and Nadège Labé from the company Wendigo Films (FR), in cooperation with Benjamin Poumey from C-Side Productions (CH) and Margot Mecca from Malfé Films (IT). The jury composed of Virginie Devesa (Alpha Violet, FR), Daniela Persico (Locarno Film Festival), Steve Krikris (Greek director, producer and screenwriter) and Karin Schockweiler (LU) for Eurimages was seduced by " its impressive visual approach and by how Matteo treated the search of gold in putting it in relation with the Devil. Shot in 3500m in Lima, protected all the time by security, he succeeds to create an intimate and powerful. "The Agora's entire list of awards is available on the Festival’s website.

In addition, and as regards the festival's prize list, the Best Full-length Feature Film Award - Golden Alexander "Theo Angelopoulos" was awarded to the film Fire will Come by Oliver Laxe, a co-production between Spain, France and Luxembourg supported by Eurimages, which also won the Prize for Best Actor (Amador Arias). The film The Miracle of the Sargasso Sea (DE, GR, NL, SE) by Syllas Tzoumerkas was awarded the Special Youth Jury Award while the Fischer Audience Award of the Open Horizons section went to the animated film The Swallows of Kabul (FR, LU, CH) by Zabou Breitman and Eléa Gobbé-Mévellec. These two co-productions were supported by Eurimages. 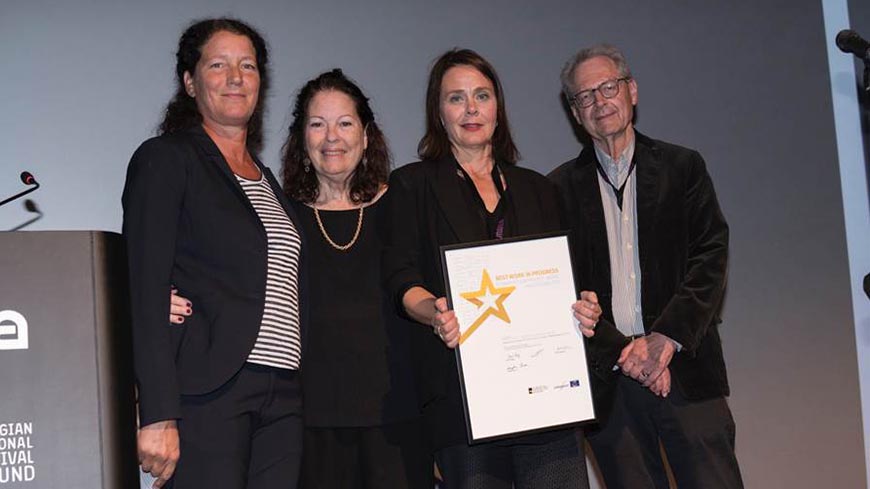 23-08-2019 - Last night in Haugesund, the Eurimages Lab Project Award of an amount of 50 000 euros was awarded to the project HIM by Guro Bruusgaard, member of the film collective Alternativet AS (NO). The jury composed of Christin Berg (Nordisk Film Kino), Ruth Lev Ari (Haifa Film Festival), Stephen Locke (Scandinavian film critics) and Kristina Børjeson (SE) for Eurimages, wanted to recognise a visionary and pertinent discussion on the role of men today in Norway. This prize enables the filmmakers, who work in an experimentive way, to explore further and experiment with their subject and its carriers. A Special Mention went to the project Jessica by Ninja Thyberg, a bold cinematic achievement from a woman’s point of view. Further information on the Festival’s website. 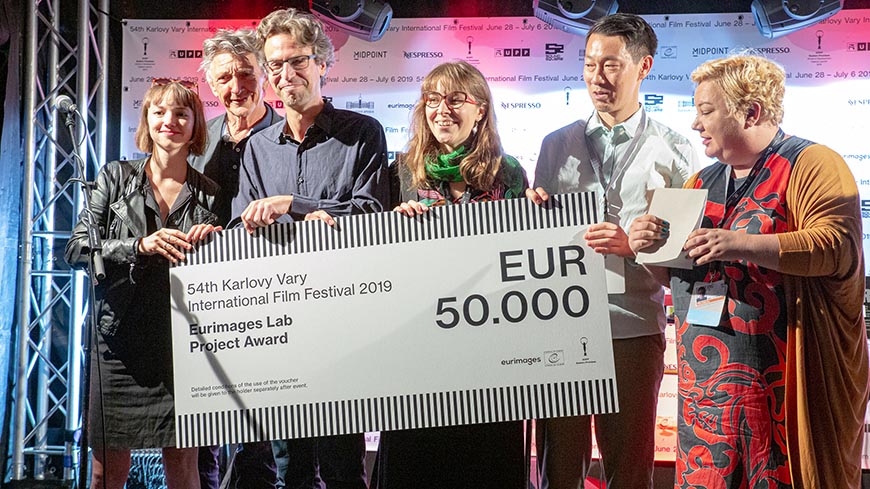 04-07-2019 - The first Eurimages Lab Project Award of the year was presented last Tuesday in Karlovy Vary: it went to the film Bottled Songs written, directed and produced by Kevin B. Lee and Chloé Galibert-Laîné. The jury composed by the film director Tereza Nvotovà (SK/CZ), Frank Peijnenburg (Head of Development and Production Screen NL) and Majlinda Tafa (Albania) for Eurimages decided to award this prize of €50,000 to a “courageous documentary raising questions of privacy and identity by exploring online propaganda of the Islamic State”. More information available in the press-release (link towards the attached document) and on the Karlovy Vary International Film Festival’s website.

During the closing ceremony of the festival on 5 July 2019, the Crystal Globe went to the Eurimages-supported co-production The Father (BG, GR) by Kristina Grozeva and Petar Valchanov while the prize for Best Actor was awarded to Milan Ondrik for his role in Let There Be Light (SK, CZ) by Marko Skop. This Eurimages-supported co-production also received a Jury commendation. Among the parallel prizes we can mention the FEDEORA Award which went to Passed by Censor (TR, DE, FR) by Serhat Karaaslan and the Europa Cinemas Label Award for Scandinavian Silence (EE, FR, BE) by Martti Helde: both co-prorductions were supported by Eurimages.