Cybersouth: First national meeting on the development of domestic Standard Operating Procedures and a toolkit for first responders on cybercrime investigation and e-evidence in Morocco 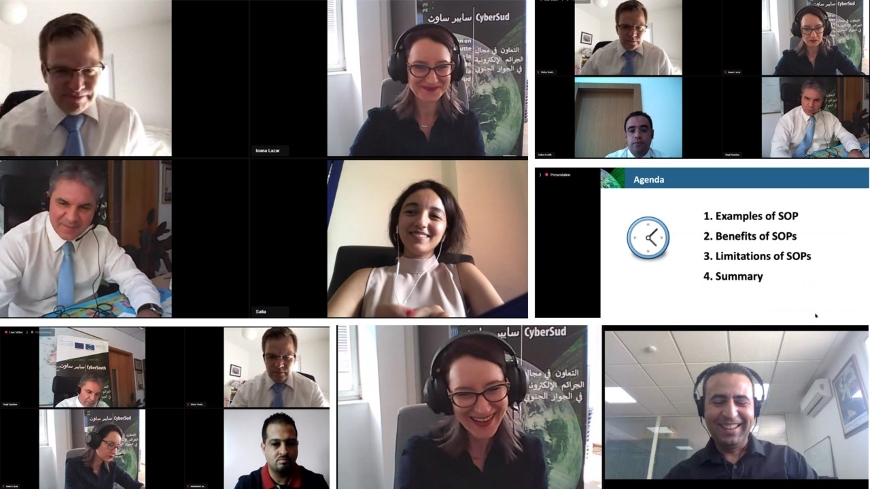 Under the framework of the CyberSouth Project, on the 22nd of September 2020, an online workshop on Standard Operating Procedures (SOPs) was held for the benefit of Moroccan representatives that deal with cybercrime and e-evidence.

The goal was to introduce the benefits, general principles and structure of SOPs on e-evidence as well as to assess, whether the existing domestic ones are in line with international standards and best practices. Representatives from the General Directorate for National Security (DGSN), General Directorate of Territorial Surveillance (DGST), Gendarmerie Royale and their respective Computer Forensic Laboratories took part in the event.

This activity helped the Moroccan stakeholders to widen their understanding on the benefit of having domestic SOPs in line with international standards and of showcasing legislative tools and procedures for conducting cybercrime investigations and e-evidence collection. Lastly, the participants had the chance to ask for recommendations on framing and creating the domestic SOPs. A national working group will be set up, and follow-up meetings will be organized by the CyberSouth project for advising the Moroccan authorities in the process of creation of the domestic SOPs.