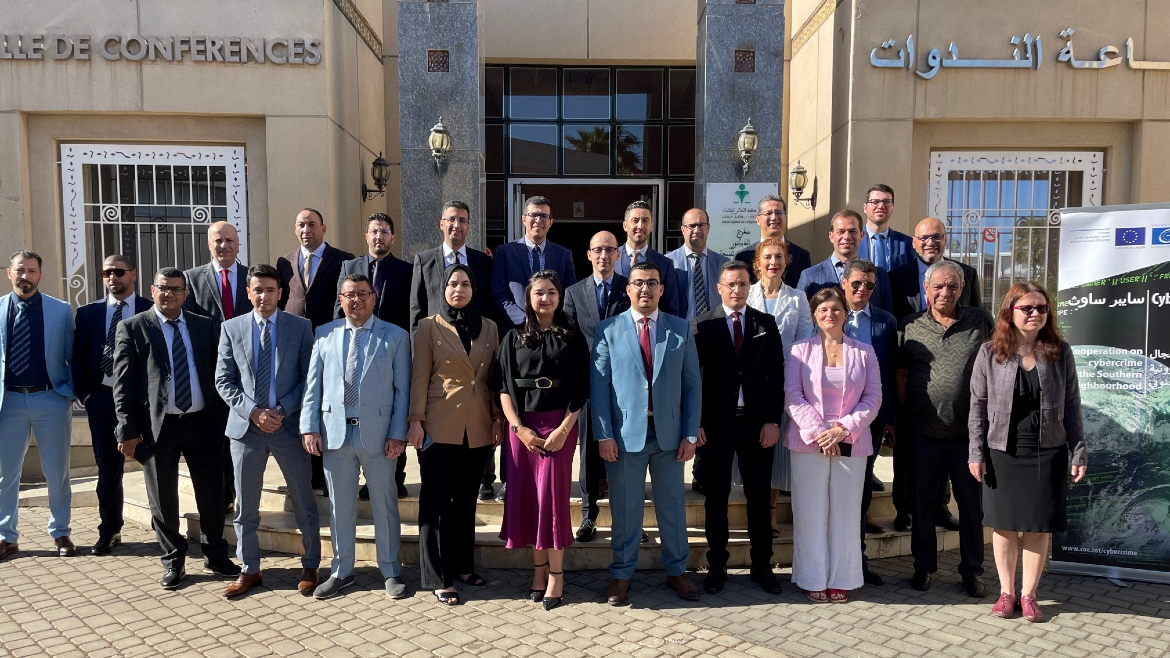 The four day course focuses on training methodology and role of trainer, with the aim to facilitate the establishment of a pool of national trainers who can further deliver in-country judicial training courses on cybercrime and e-evidence to their peers.

This event is part of the activities on cybercrime that the Council of Europe is implementing in the Southern Neighbourhood region, under the CyberSouth project, joint action of the European Union and Council of Europe.

Morocco is Party of the Budapest Convention on Cybercrime since 2018 and the first country in Africa who signed the Second Additional Protocol on enhanced co-operation and disclosure of electronic evidence, which was opened for signature on 12 May 2022.

The CyberSouth project already held basic and advanced training courses on cybercrime for magistrates in Morocco and other modules will be delivered at regional level, in Marrakesh and Tangier by the end of 2022.

In the current international context, strengthening of criminal justice capacities to fight cybercrime is more relevant than ever.