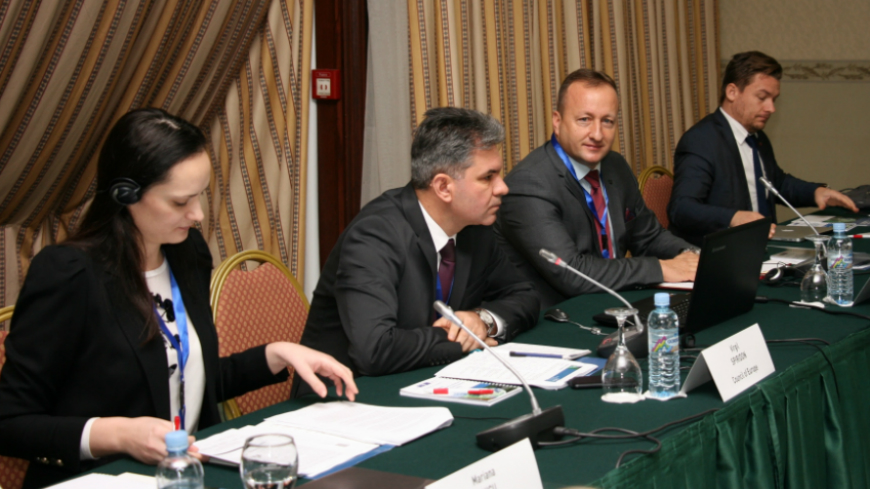 The timely and efficient reporting of cybercrime to the relevant authorities and ensuring meaningful follow-up of the crime reports through the criminal justice systems, as well as through appropriate financial investigations is perhaps one of the most important countermeasures against offences involving computer systems and data and their proceeds.

In his opening remarks Agim NIHIU, Deputy Minister of Interior of the “the former Yugoslav Republic of Macedonia”, highlighted the importance of establishing specialised reporting mechanisms at national level, which will enable competent authorities to prevent and fight cybercrime and facilitate the work of law enforcement agencies.

He thanked the Council of Europe and the European Union for their support given through the iPROCEEDS project as well as invested efforts and resources in the region.

The regional workshop served as a forum for discussion for prosecutors, cybercrime investigators, representatives of the Ministry of Justice, Computer Emergency Response Teams as well as the private sector from Albania, Bosnia and Herzegovina, Montenegro, Serbia, “the former Yugoslav Republic of Macedonia”, Turkey and Kosovo*1  regarding the functioning and use of the cybercrime reporting mechanism,  structure and methods to collect reports and the impact of reports on information sharing, investigation of criminal cases and statistical purposes as well as an opportunity to share good practices from the region on online platforms for reporting cybercrime.