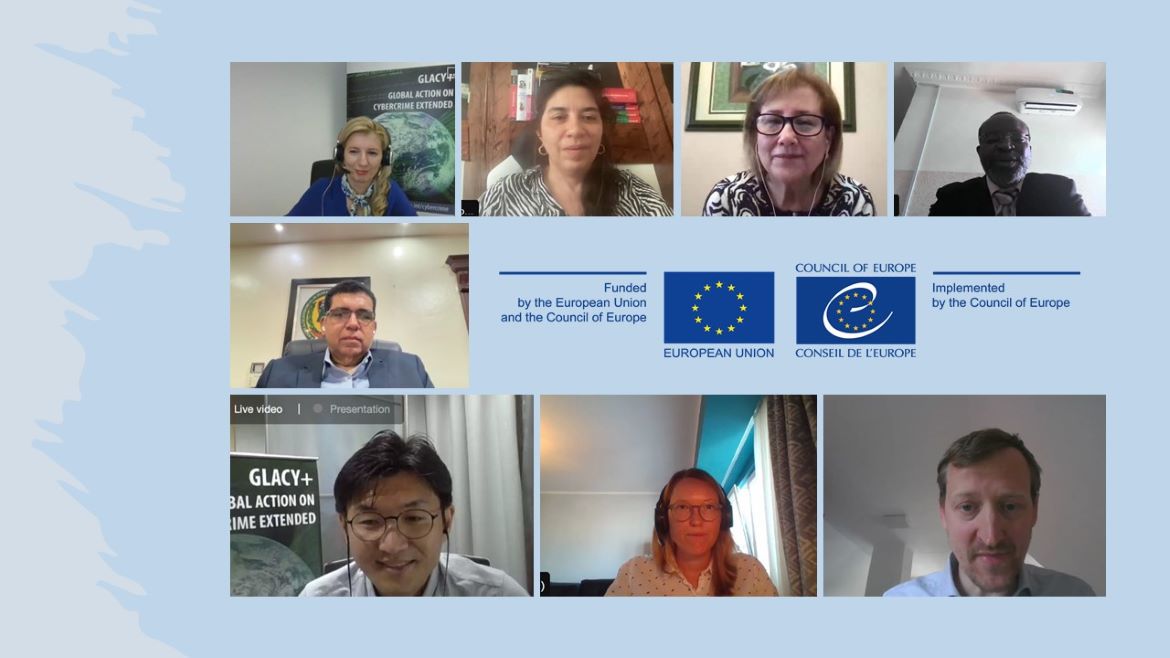 On 13 July 2022, the Council of Europe together with the European Union and INTERPOL, hosted the 12th meeting of the GLACY+ Steering Committee to discuss developments in priority countries, review GLACY+ project activities held in the first half of 2022 and shape future project activities.

During the meeting, the project team, GLACY+ priority and hub countries and project partners actively engaged in a review of the key activities delivered in the first half of 2022, including support to strengthen national legislation, strategies and policies on cybercrime and electronic evidence in line with international standards. Representatives of GLACY+ priority and hub countries shared key national developments also supported by the project and further indicated their priorities for activities to take place in the second half of 2022.

Among the most important developments related to the functioning of the GLACY+ project and carried out during the first 6 months of the year were the opening for signature of the Second Additional Protocol, the resumption of in-person activities along with improved communication and online visibility.

With more than 66 project activities in the form of national, regional and international events as well as desk studies organized since the previous Steering Committee in January 2021, participants underlined that GLACY+ project continues to provide its priority countries with consistent, tailored support on the criminal justice response to cybercrime and e-evidence. The meeting also reflected the importance of the project’s collaboration with its project partners and other regional or global project.

The Steering Committee was held online in two identical sessions to allow participation from across the many time zones covered by the project.

Council of Europe: Second Additional Protocol to the Convention on Cybercrime (dedicated webpage)

Council of Europe: Opening for signature of the Second Additional Protocol (event webpage)