Castellón de la Plana is the capital city of the province of Castellón, in the Autonomous Community of Valencia in Spain. The local economy is based on industry, tourism and craft-work and the Jaume I University is established in the city since 1991.

In 2014, Castellón had 174,364 inhabitants in the city, being the fourth most populous city in the Valencia region. The metropolitan area of Castellón, which includes the municipalities of Villarreal, Burriana, Almazora, Benicasim, Borriol, Bechí and Alquerías del Niño Perdido, had around 300,000 inhabitants.

The city council of Castellón published the first Immigration and Social Coexistence plan in 2006 in order to respond to the necessities to welcome recently arrived migrants as well as to adequate cultural diversity management. In 2012, the second plan, “Intercultural City Castellón”, was produced with the objective to advance in the reception of the recently arrived collectives, a feature that emerged within the parameters of the first plan. It prioritises integral actions that foster integration of culturally diverse persons and develops measures that promote coexistence. The plan establishes forms of coordination between different departments and public and private entities, with the intention to achieve real interaction and coexistence between different cultures. In this sense, the AMICS (Agency of Mediation for Integration and Social Coexistence) organization, created by city council, plays an important role. Its intention is to facilitate the cooperation between national, regional and local institutions sharing a common objective.
permanent 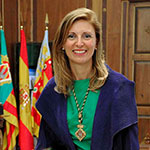