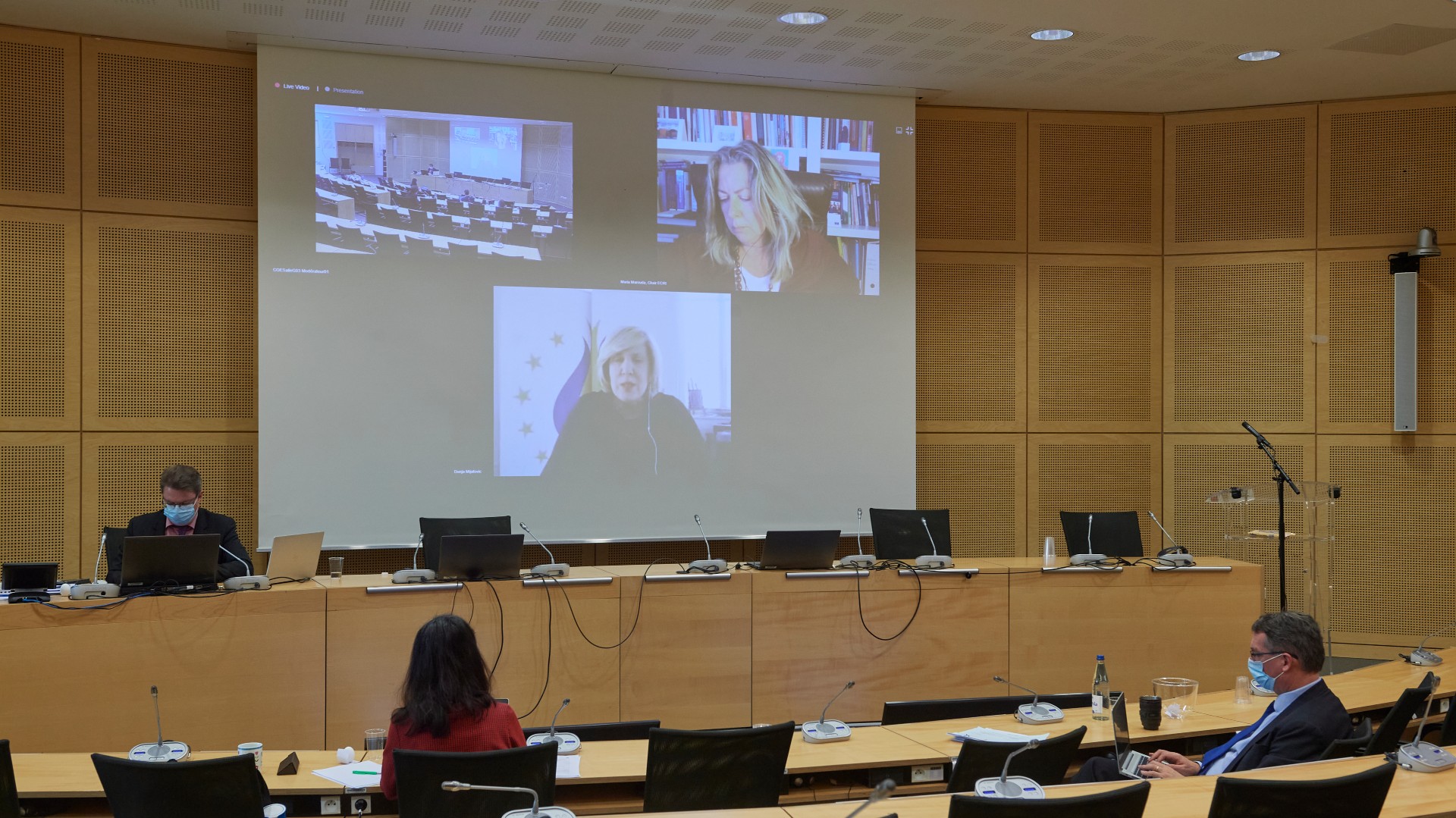 ECRI held its 85th plenary meeting, which took place from 30 to 31 March 2021, through videoconferencing.

In the context of its thematic work, ECRI examined its preliminary draft revised General Policy Recommendation No. 9 on the fight against antisemitism.

Alarmed by the use of inflammatory rhetoric, the wide dissemination of hateful material and reports of atrocities in the context of confrontations and unresolved conflicts, ECRI decided to take an exceptional measure and issue a statement on preventing and combating ultra-nationalistic and racist hate speech and violence in that particular context. In its statement, ECRI calls upon all stakeholders, including at the highest political level, to take action to prevent hate crimes, to refrain from any expression or action amounting to hate speech, to challenge any manifestations of hatred, to ensure accountability, to engage in confidence-building measures and to involve the youth in the promotion of peaceful and inclusive societies. The full text of ECRI’s statement can be found here.

During the plenary, ECRI also had an in-depth exchange of views with Dunja Mijatović, Commissioner for Human Rights of the Council of Europe. The Commissioner’s speech is available here.

ECRI took note of the statement made by Harald Bergmann, Spokesperson of the Council of Europe's Congress of Local and Regional Authorities for human rights (for more details, see the website of the Congress).

ECRI also held elections of one Bureau member. Cristian Jura (member in respect of Romania) was elected for two years. His term of office begins on 3 April 2021.