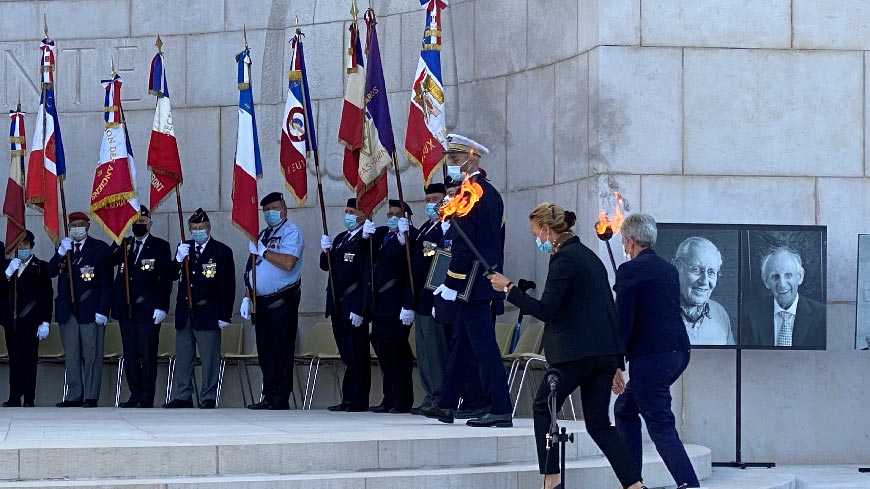 Secretary General Marija Pejčinović Burić took part on Sunday in the international ceremony of Remembrance in the former concentration camp of Natzweiler – Struthof.

The Secretary General lit the commemorative flame after having received the torch from deported victims Pierre Rolinet and Henri Mosson.

The commemoration of the deported Holocaust was opened by the Minister Delegate for Remembrance and Veterans, attached to the Minister for the Armed Forces, Geneviève Darrieussecq.

Special Representative of the Secretary General on antisemitic, anti‑Muslim and other forms of religious intolerance and hate crimes web site